From the Wall Street Journal:

Japan’s nuclear crisis is fueling panic in China, where shoppers have spurred a run on salt in attempt to prevent radiation-related illnesses and to secure uncontaminated salt sources.

China’s top economic agency, the National Development and Reform Commission, warned consumers Thursday against hoarding salt, and said it would work with local authorities to maintain price stability and market supply. Grocery store shelves have been ransacked over the past several days.

Reuters
Customers flock to buy salt at a supermarket in Lanzhou, Gansu province on Thursday.

Consumers in cities along the China’s coastline, such as Shanghai and Guangzhou, and even in inland capital Beijing, began stockpiling table salt after problems at Japan’s Fukushima Daiichi nuclear-power complex sparked concerns that radiation would spread to China by air and sea, possibly contaminating the land and future food sources. Read more about Iodized Table Salt, and what it does NOT do at: http://blogs.wsj.com/chinarealtime/2011/03/17/fearing-radiation-chinese-rush-to-buy-table-salt/

Development at any cost, is priceless: Nobody can afford to pay for it ! 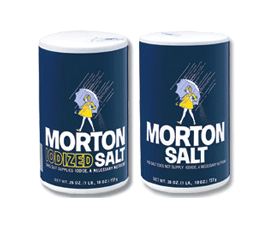