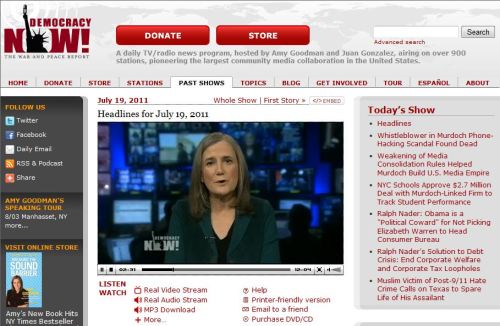 In Montana, the Associated Press has revealed federal regulators knew potentially contaminated bark and wood chips were being sold from a Superfund site in the asbestos-tainted town of Libby, Montana, for three years before they stopped the practice. The contaminated wood chips were placed in yards, city parks, outside schools and at the local cemetery. Asbestos from a W.R. Grace mine in Libby has killed an estimated 400 people and sickened at least 1,750 people.