“Nickel & Dimed: On (Not) Getting By in America”: Barbara Ehrenreich on the Job Crisis & Wealth Gap – via Democracy Now 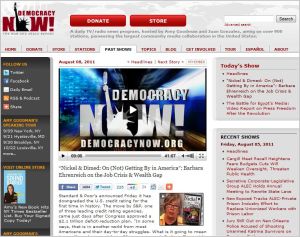 “Nickel & Dimed: On (Not) Getting By in America”: Barbara Ehrenreich on the Job Crisis & Wealth Gap (click and view the video @ Democracy Now) 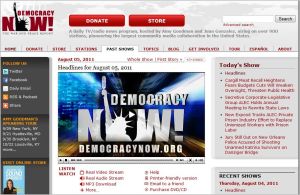 29,000 Children Have Died in Somalia Famine_DemocracyNow_800511 (click on picture to view the video)

Posted in Educational, Environmental Health Causes, Health and Environment, IN THE SPOTLIGHT, Uncategorized

Every man desires to live long, but no man would be old.

Morris was the first female justice of the peace in the US. A mother of three, she began her tenure as justice in 1870, after the previous justice resigned in protest of Wyoming’s passage of the women’s suffrage amendment. She attracted national attention and tried some 70 cases, becoming a legendary figure in the suffrage movement. The state of Wyoming officially commemorated her role as a leading suffragist in 1890. Why then is the extent of her contribution to the suffrage movement debated? More… Discuss