Excerpts: “Egmont, Op. 84, by Ludwig van Beethoven, is a set of incidental music pieces for the 1787 play of the same name by Johann Wolfgang von Goethe. It consists of an overture followed by a sequence of nine additional pieces for soprano, male narrator and full symphony orchestra. (The male narrator is optional; he is not used in the play, and he does not appear in all recordings of the complete incidental music.) Beethoven wrote it between October 1809 and June 1810, and it was premiered on 15 June 1810.

The subject of the music and dramatic narrative is the life and heroism of a 16th-century Flemish nobleman, the Count of Egmont. It was composed during the period of the Napoleonic Wars, at a time when the French Empire had extended its domination over most of Europe. Beethoven had famously expressed his great outrage over Napoleon Bonaparte’s decision to crown himself Emperor in 1804, furiously scratching out his name in the dedication of the Eroica Symphony. In the music for Egmont, Beethoven expressed his own political concerns through the exaltation of the heroic sacrifice of a man condemned to death for having taken a valiant stand against oppression. The Overture later became an unofficial anthem of the1956 Hungarian revolution.

The music was greeted with eulogistic praise, in particular by E.T.A. Hoffmann for its poetry, and Goethe himself declared that Beethoven had expressed his intentions with “a remarkable genius”.

The overture, powerful and expressive, is one of the last works of his middle period; it has become as famous a composition as the Coriolan Overture, and is in a similar style to the Fifth Symphony, which he had completed two years earlier.”
(from: http://en.wikipedia.org/wiki/Egmont_(Beethoven))

“The Rondo alla ingharese quasi un capriccio in G major, Op. 129, is a piano rondo by Ludwig van Beethoven.[1] It is better known by the title Rage Over a Lost Penny, Vented in a Caprice(from German: Die Wut über den verlorenen Groschen, ausgetobt in einer Caprice). This title appears on the autograph manuscript, but not in Beethoven’s hand, and has been attributed to his friend Anton Schindler. It is a favourite with audiences and is frequently performed as a show piece.

Despite the late opus number, the work is now dated between 1795 and 1798.  Beethoven left the piece unpublished and incomplete; it was published in 1828 by Anton Diabelli, who obscured the fact that it had been left unfinished. The performance time runs between five and six minutes; the tempo of the piece is Allegro vivace (

The indication alla ingharese is of interest, as no such word as “ingharese” exists in standard Italian. To people of Beethoven’s day, “gypsy music” and “Hungarian music” were synonymous terms. Beethoven seems to have conflated alla zingarese (in the gypsy style) and all’ongarese (in the Hungarian style) to come up with a unique term alla ingharese.

Robert Schumann wrote of the work that “it would be difficult to find anything merrier than this whim… It is the most amiable, harmless anger, similar to that felt when one cannot pull a shoe from off the foot”, citing the work as an instance of Beethoven’s earthliness against those fixated upon a transcendental image of the composer.”

White-collar criminologist and former senior financial regulator William Black addresses the grassroots reaction to austerity measures in Europe — from the “Indignados” movement in Spain to the anti-bailout elections in France and Greece — as well as in the United States, where the Occupy movement is re-emerging as the presidential campaign gets into full gear. “Finance is supposed to simply be a middleman to help the real economy,” Black says. “It in fact now completely dominates and is a parasite on the real economy. German austerity has pushed the entire Eurozone into recession, and the periphery into [a] Great Depression-level of unemployment. The same arguments are being made in the United States and are used as a pretext to try to destroy a Social Security, Medicare, and Medicaid. It is economically illiterate, but politically attractive.” [Transcript to come. Check back soon.]

William Black, author of the book, “The Best Way to Rob a Bank is to Own One.” He is Associate Professor of Economics and Law at the University of Missouri-Kansas City. He is also a white-collar criminologist and former senior financial regulator. 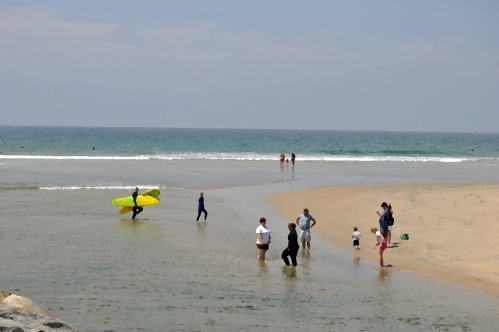 Yeah, I’m cheating a little, presenting a video instead of a photo. Sorry, but my mind keeps straying to this song, so why fight it?  If you’re not familiar with it already, I think you’ll like it … Linda has a beautiful voice! Or if you are an old foggie, like me, this will no doubt be a blast from the past. Either way … enjoy!