Masterpieces are not single and solitary births; they are the outcome of many years of thinking in common, of thinking by the body of the people, so that the experience of the mass is behind the single voice.

This Day in History: DONALD DUCK DEBUTS IN THE LITTLE WISE HEN (1934)

Clad in his signature sailor shirt and cap, the perennially pants-less cartoon character Donald Duck made his debut in Disney‘s The Wise Little Hen. His comically short temper and distinct voice quickly endeared him to audiences, and he became a regular character in Mickey Mouse cartoons. Donald remains quite popular in Scandinavia, as evidenced by the Christmas Eve tradition of watching a TV special featuring him. What Academy Award-winning 1943 cartoon showed Donald saluting Hitler? More… Discuss

Nefertari was the favorite wife of Egyptian pharaoh Ramesses II, who reigned for 67 years in the 13th century BCE. Though little is known about Nefertari’s origins, it is assumed she was of noble descent. As the mother of Ramesses’ heir, she most likely enjoyed a high status. Ramesses honored her with a temple of her own next to his and built her the largest, most spectacular tomb in the Valley of the Queens. She is depicted in numerous paintings and statues, often playing what instrument? More… Discuss

Zooming Through – my Digital Oil painting

Zooming Through – my Digital Oil painting

The three movements were inspired by a series of impressionist paintings, also entitled “Nocturnes” by James Abbott McNeill Whistler.[1]

Debussy wrote an “introductory note” to Nocturnes as follows:

“The title Nocturnes is to be interpreted here in a general and, more particularly, in a decorative sense. Therefore, it is not meant to designate the usual form of the Nocturne, but rather all the various impressions and the special effects of light that the word suggests. ‘Nuages’ renders the immutable aspect of the sky and the slow, solemn motion of the clouds, fading away in grey tones lightly tinged with white. ‘Fêtes’ gives us the vibrating, dancing rhythm of the atmosphere with sudden flashes of light. There is also the episode of the procession (a dazzling fantastic vision), which passes through the festive scene and becomes merged in it. But the background remains resistantly the same: the festival with its blending of music and luminous dust participating in the cosmic rhythm. ‘Sirènes’ depicts the sea and its countless rhythms and presently, amongst the waves silvered by the moonlight, is heard the mysterious song of the Sirens as they laugh and pass on.”[2] Debussy at the piano, in front of the composer Ernest Chausson, 1893 (Photo credit: Wikipedia)

Nuages and Fêtes were premiered by Camille Chevillard with the Lamoureux Orchestra on 9 December 1900 in Paris. The complete suite was first heard under the same forces on 27 October 1901. The initial performances met with a cool response from critics and the public, but today these are considered some of Debussy’s most accessible and popular works, admired for their beauty.[3] The music lasts for about 22 minutes.

As Japan debris washes up in the US, scientists fear break in natural order

As Japan debris washes up in the US, scientists fear break in natural order (From the Guardian) (Click to access the story)

“Lindeberg said, “The only defense for invasive species is early detection. Just like cancer.”

Exerpts from the article: “If the current stress continues “the largest banks would be sufficiently capitalised to withstand further deterioration, while several banks would need to increase capital buffers by about 40 billion euros,” an IMF statement said Friday.

Speaking on background, an IMF official said the banks would likely need a lot more to ensure there was a “credible backstop” in worst-case scenarios.

Fitch Ratings has estimated the amount needed at up to 100 billion euros.

The international ratings agency Moody’s warned Friday that an EU rescue of Spain’s banking sector could lead to a cut to Spain’s sovereign rating owing to the “increased risk to the country’s creditors.”

And US President Barack Obama urged Europe on Friday to act swiftly to fix its banking woes.

“In the short term they have got to stabilise their financial system. Part of that is taking clear action as soon as possible to inject capital into weak banks,” he told reporters.

Let’s think about it..HMMM, yes just what I thought Prohibition always work in the opposite sense! thanks for the post

Huffington Post2012-06-08:                      Last month, Los Angeles banned plastic bags. That’s good for the environment. Ask any seagull. It’s also fairly coercive. You can already see where this is going: No money in the world can buy plastic bags legally. Bag peddlers get pushed out on the street, start an underground economy, and charge exorbitant amounts of money for bags of dubious quality. Cartels and bag gangs form. Conflicts ensue, tearing at the very fabric of society. Not quite. This is plastic bags after all. Still, the L.A. ban effectively puts an infinite price on plastic…                  more » 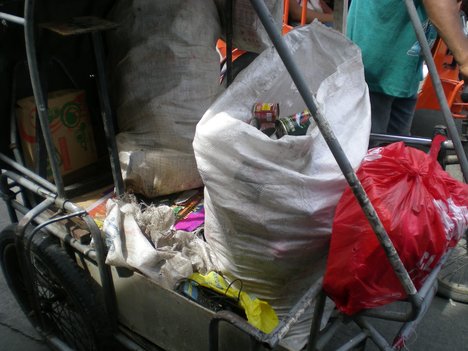 (King Oliver and His Orchestra)
From Wikipedia:
“West End Blues” is a multi-strain 12 bar blues composition by Joe “King” Oliver. It is most commonly performed as an instrumental, although it has lyrics added by Clarence Williams.

King Oliver and his Dixie Syncopaters made the first recording for Brunswick Records on June 11, 1928.[1] An early vocal version was waxed by Ethel Waters.

The “West End” of the title refers to the westernmost point of Lake Pontchartrain in Orleans Parish, Louisiana. In its heyday, it was a thriving summer resort with live music, dance pavilions, seafood restaurants, and lake bathing.

By far the best known recording of “West End Blues” is the 3-minute-plus, 78 RPM recording made by Louis Armstrong and his Hot Five in 1928.

Armstrong plays trumpet (and does some scat singing) backed by a band that included the pianist Earl Hines. Armstrong played an eight-bar trumpet solo near the end of the record.

Other portions of this record also in high regard include the trumpet introduction by Armstrong that begins the song – this cadenza incorporates an almost syncopated opening, the wordless ‘scat’ singing chorus by Armstrong where he accompanies and varies a melody played by the clarinetist, and a piano solo by Hines. The number is closed by a metallic click by drummerZutty Singleton.