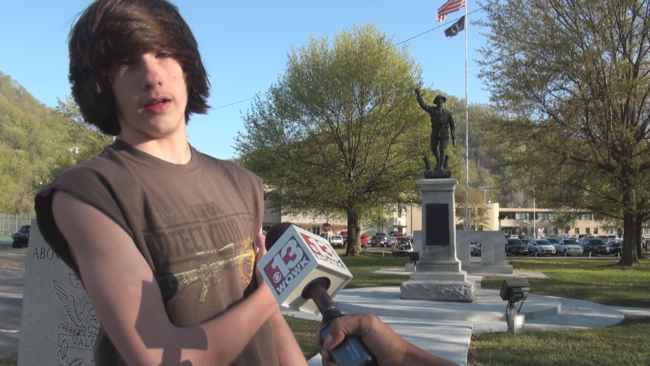 ” A West Virginia teen who was arrested and suspended for wearing a National Rifle Association T-shirt to school returned to class Monday wearing the same shirt that got him into trouble.

Jared Marcum, 14, was joined by about 100 other students across Logan County who wore shirts with a similar gun rights theme in a show of support for free speech.

Ben White, the Charleston lawyer representing the Logan eighth-grader, said the Sons of the Second Amendment, a gun rights group, purchased and distributed the shirts.

Jared, a student at Logan Middle School, was arrested and suspended Thursday after he was pulled from a cafeteria line and told to remove or turn his shirt inside-out an order he refused.

Video evidence in the case, Mr. White said, indicates that the situation in…