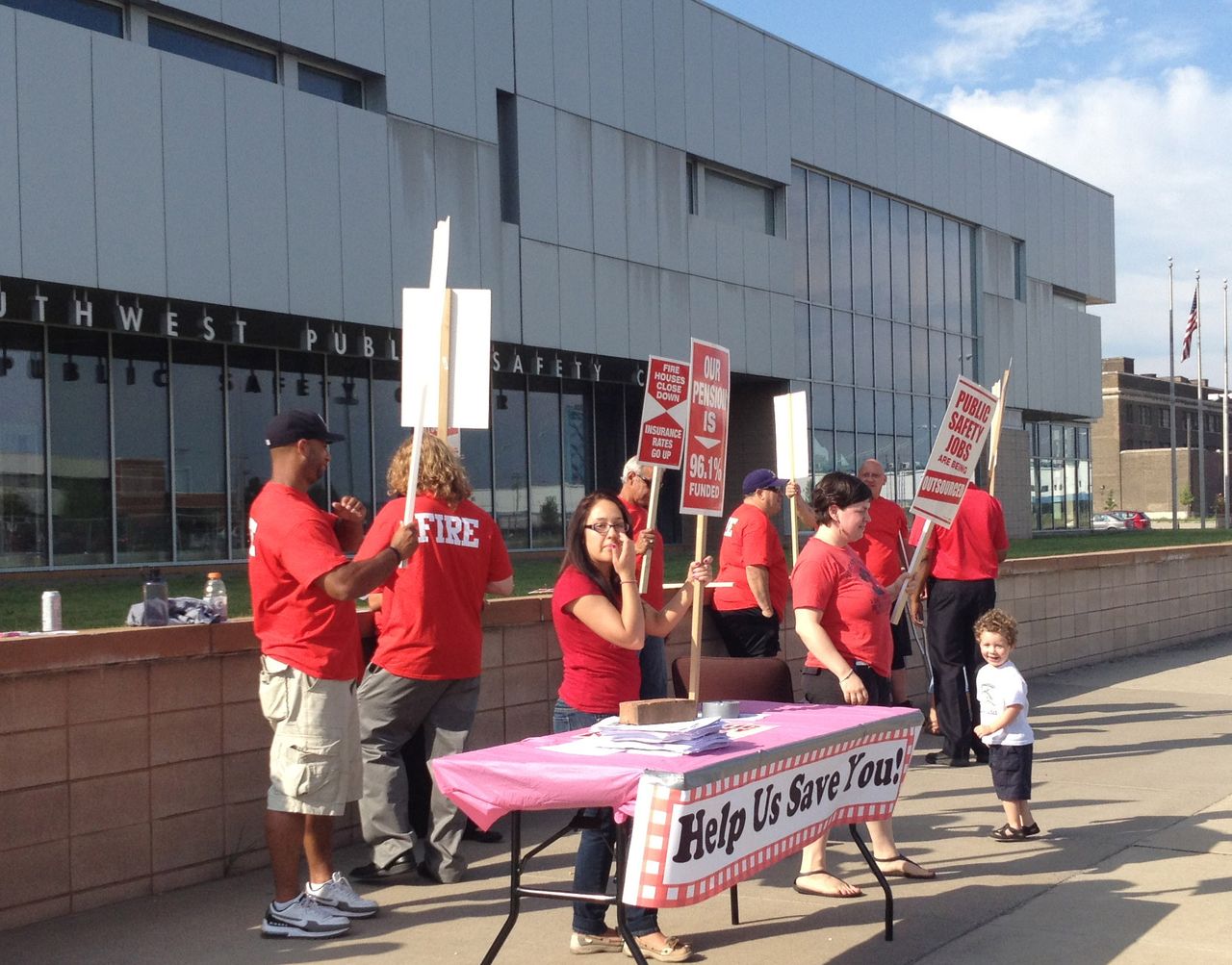 From the World Socialist Web Site in the USA:

Detroit firefighters are picketing fire stations throughout the city this week to protest the emergency manager’s decision to throw the city into bankruptcy and attack the jobs, pensions and other benefits of 31,000 current and retired municipal employees.

Firefighters are compelled to respond…