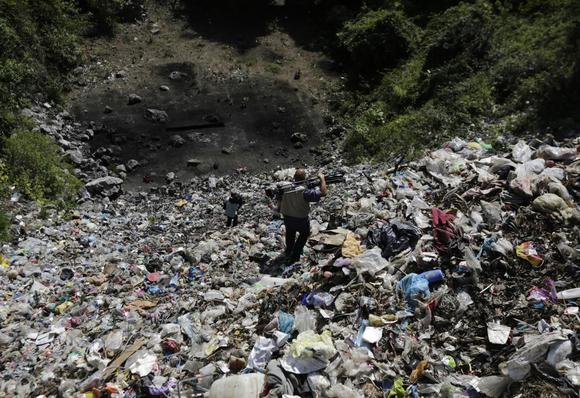 Television cameramen walk at a garbage dump where remains were found outside the mountain town of Cocula, near Iguala in the southwestern state of Guerrero, November 8, 2014. Credit: Reuters/Henry Romero

(Reuters) – Austrian forensics experts who helped solve the mystery of Russia’s murdered imperial family could soon shed light on the apparent massacre of 43 Mexican students through analysis of the tiniest of DNA fragments from badly burned remains.

The bodies of students abducted by corrupt police in Mexico six weeks ago were apparently burnt to ashes by drug gang members in an attempt to destroy the evidence.

Mexican authorities have said they would send the remains to Innsbruck‘s Medical University for DNA identification.