A seagull flies near the window as Pope Francis reads out his Sunday Angelus prayer in the Vatican on Sunday.— AP

Pope Francis is insisting that his concern for the poor and critique of the global economic system isn’t some novel, communist-inspired ideology but rather the original and core “touchstone” of the Christian faith. 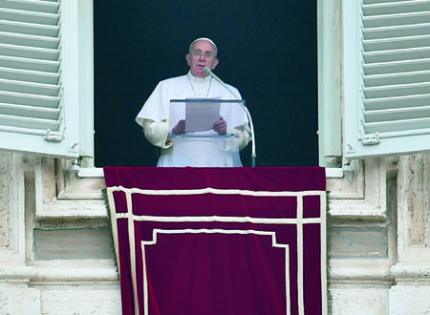 Some US conservatives have branded the first Latin American pope a Marxist for his frequent critiques of consumerism and focus on a church “that is poor and for the poor.” But in an interview contained in a new book, Pope Francis explains that his message is rooted in the Gospel and has been echoed by church fathers since Christianity’s first centuries.

via Pope says his concern for poor comes from Gospel | bt24News.