A year after fleeing Ukraine, Yanukovich speaks of return 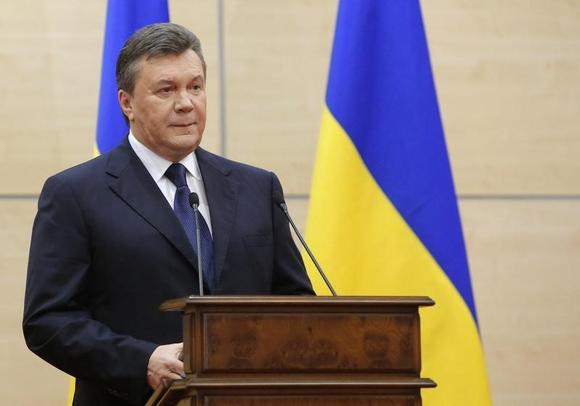 MOSCOW (Reuters) – Ousted Ukrainian President Viktor Yanukovich, who fled to Russia a year ago after being toppled by months of street protests, said he was ready to return to Ukraine if the opportunity arose.

The pro-Russian leader was overthrown by the “Maidan” uprising in Kiev against his decision to back away from a deal that would have taken the country towards integration with Europe and instead tighten economic ties with Russia, Ukraine’s old Soviet master.

Just weeks after his departure, Moscow annexed the Crimea peninsula, a base for Russia’s Black Sea fleet, and pro-Russian separatists seized key buildings in the east of the country leading to a conflict in which more than 5,000 people have been killed.

Interpol has put Yanukovich on the international wanted list at the behest of Kiev authorities on charges of embezzlement and financial wrongdoing. But Russia is likely to turn down any request to extradite him, Interfax news agency said last month, citing a source familiar with the situation.

Yanukovich, who has denied any involvement in corruption, said in a TV interview aired on Saturday he regretted that he could not return to his country.

via A year after fleeing Ukraine, Yanukovich speaks of return.