Nova Scotia‘s Annapolis Valley is widely known for its apple orchards, which begin to flower in late May or early June. The area’s Apple Blossom Festival is a five-day celebration whose events are held throughout the 60 towns and villages of the Annapolis Valley. In addition to a children’s parade, sporting events, tours to view the apple blossoms, apple pie baking and eating contests, and a cooking competition, the festival includes the crowning of “Queen Annapolisa,” who is chosen from among 18 local princesses. More… Discuss

In order to move others deeply we must deliberately allow ourselves to be carried away beyond the bounds of our normal sensibility.

Younghusband was a British Army officer and explorer remembered for his travels in the Far East and Central Asia. In 1887, he journeyed from China to India, crossing the Gobi desert and the Mustagh Pass of the Karakorum range. In 1904, he led a military expedition that participated in the massacring of Tibetan troops and forced a treaty upon Tibet that opened it to Western trade. Apparently, he later regretted his role in these events. What changed his mind? More… Discuss

When the South Fork Dam near Johnstown, Pennsylvania, collapsed after several days of heavy rains, it sent 20 million tons (18.1 million cubic meters) of water cascading downriver at speeds of 20–40 mph (30–60 km/h). Less than an hour after the breach, a 30-foot (9-m) wall of water smashed into Johnstown, killing more than 2,200 people. The American Red Cross’s response was one of its first major disaster relief efforts. Why did some blame the South Fork Fishing and Hunting Club for the tragedy? More… Discuss

During World War II, Hannah Szenes was one of 17 Jews living in what was then the British Mandate of Palestine who were trained by the British army to parachute into Yugoslavia to help save the Jews of Hungary. She was arrested at the Hungarian border, imprisoned, tortured, and eventually executed. Szenes is regarded as a national heroine in Israel, where streets are named after her and her poetry is widely known. One of her songs was used to close versions of what film? More… Discuss 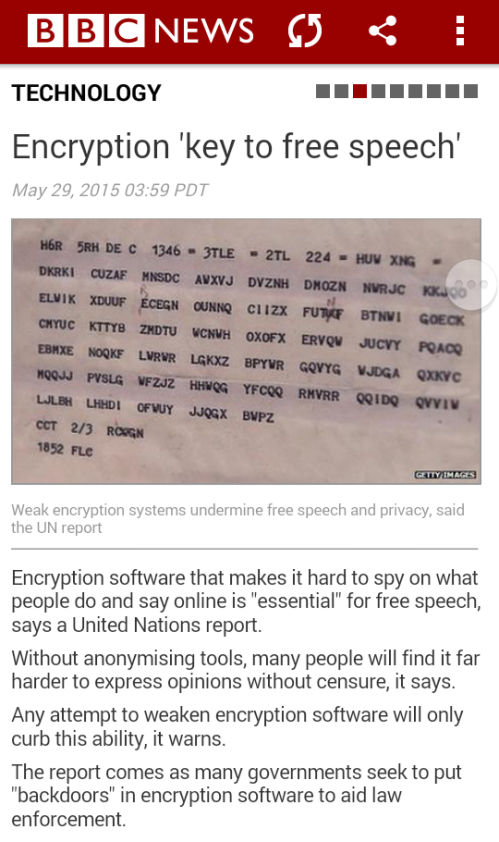 New at my Browser: Lightshot — screenshot tool for Mac & Win

LIGHTSHOT ADD-ON WORTH A TRY

The story of Joan of Arc is one of the most wonderful stories in the history of any nation of Europe. In the hour of France’s need, when she was being conquered by English armies, when her forces were so divided by civil war that it seemed as if there were no true Frenchmen, but that every lord and district were for themselves, when she had no recognized king, but only an uncrowned Dauphin…….in this hour of her need there appeared for France a Maiden, a deliverer.

Joan died a cruel death, but the work which she had begun in France did not die with her. She had united the French and they did not fall apart again into quarrelsome factions. King Charles showed a new spirit as he began his reign. Even through the dangers of war he took time to unite his nobles and keep them in order under him. The English were driven out by this newly roused French nation. The Hundred Years’ War was ended, and a peace was concluded by which France was left free within her own provinces, untroubled by foreigners.

Many movies, books, poems, songs have been written on the subject of Joan of Arc. In this video, the Leonard Cohen song, “Joan of Arc” is featured as sung by Jennifer Warnes with several images that are hopefully interwoven to reflect a variety of Joan of Arc facets in the past and in our present day. I chose to focus on the face of Renée Maria Falconetti from the 1928 movie “La Passion de Jeanne d’Arc” -The director, Dreyer, wrote in his “Thoughts on My Craft”, “Nothing in the world can be compared to the human face. It is a land one can never tire of exploring”. Dreyer’s film was a visionary work of art which has to be seen to be appreciated. But, Falconetti’s performance was so intense for her that she suffered a mental breakdown after the filming.

Songs, poems, symbols are all able to carry multiple messages, depending on who is interpreting them (or when in their life they are doing the interpreting). I have chosen to interpret the fire as being God (Jesus for Joan). Some have said that they saw the fire as the Devil. Not I.

Best viewed at 720p on a full screen.

Now the flames they followed Joan of arc
As she came riding through the dark;
No moon to keep her armour bright,
No man to get her through this very smoky night.
She said, I’m tired of the war,
I want the kind of work I had before,
A wedding dress or something white
To wear upon my swollen appetite.Well, I’m glad to hear you talk this way,
You know I’ve watched you riding every day
And something in me yearns to win
Such a cold and lonesome heroine.
And who are you? she sternly spoke
To the one beneath the smoke.
Why, I’m fire, he replied,
And I love your solitude, I love your pride.Then fire, make your body cold,
I’m going to give you mine to hold,
Saying this she climbed inside
To be his one, to be his only bride.
And deep into his fiery heart
He took the dust of Joan of arc,
And high above the wedding guests
He hung the ashes of her wedding dress.

It was deep into his fiery heart
He took the dust of Joan of arc,
And then she clearly understood
If he was fire, oh then she must be wood.
I saw her wince, I saw her cry,
I saw the glory in her eye.
Myself I long for love and light,
But must it come so cruel, and oh so bright?

Read more at  Here…
From Wikipedia, the free encyclopedia

Jennifer Jean Warnes (born March 3, 1947) is an American singer, songwriter, arranger, and record producer. She is known for her interpretations of compositions written by herself and many others as well as an extensive playlist as a vocalist on movie soundtracks. She is a close friend of and collaborator with Canadian singer-songwriter and poet, Leonard Cohen.

Between 1979 and 1987, Warnes surpassed Frank Sinatra as the vocalist performing the most songs to be nominated for an Academy Award for Best Original Song (four times) and to win an Academy Award for Best Original Song (three times). Her biggest hits include “Up Where We Belong” (a duet with Joe Cocker from the 1982 film, An Officer and a Gentleman) and “(I’ve Had) The Time of My Life” (a duet with Bill Medleyfrom the 1987 film, Dirty Dancing).

St. Joan of Arc is the patroness of soldiers and of France. On January 6, 1412, Joan of Arc was born to pious parents of the French peasant class, at the obscure village of Domremy, near the province … continue reading

Behavior of Military Lawyer in Boondoggle HQ Inquiry Under Scrutiny

Several U.S. Senators and military lawyers say they are concerned by Col. Norm Allen’s attempts to thwart an investigation into why the U.S. Military built an unneeded luxury headquarters in Afghanistan. 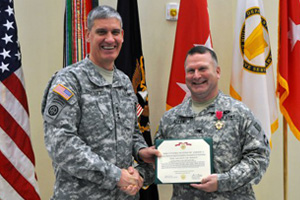 An investigation released last week into why the U.S. military built a $25-million headquarters in Afghanistan that it never used condemned the behavior of one officer in particular: the top commander‘s lawyer.

In a series of emails to other officers in 2013 and 2014, Army Col. Norm Allen said that he wanted to “slow roll” investigators, that he wouldn’t personally cooperate out of loyalty to the command, and that he would consider it inappropriate for others to do so. The Special Inspector General for Afghanistan Reconstruction (SIGAR)

via Behavior of Military Lawyer in Boondoggle HQ Inquiry Under Scrutiny – ProPublica.

The people of Trinidad and Tobago observe May 30 as Indian Arrival Day. This holiday honors the nation’s citizens of Indian descent and acknowledges their contribution to the social and cultural landscape of Trinidad and Tobago. In particular, it recalls the arrival of the first boats from India in 1845. The holiday is celebrated with reenactments of the arrival of the first ships bringing Indians to Trinidad, parades honoring the history of the nation’s Indian citizens and their festivals, and various cultural events. More… Discuss

Her pupils were at once her salvation and her despair. They gave her the means of supporting life, but they made life hardly worth supporting.

this day in the yesteryear: Andrew Jackson Kills Charles Dickinson in a Duel (1806)

In 1806, nationally famous duelist and expert marksman Charles Dickinson—whose dueling career included 26 kills—was goaded by political opponents of future US President Andrew Jackson to insult Jackson’s wife. A duel was arranged between the men, and Jackson took a shot to the ribs before firing what would be a fatal shot at Dickinson—the only man Jackson ever killed in his 13 duels. Jackson’s wife died in 1828, two weeks after Jackson was elected president. Whom did Jackson blame for her death? More… Discuss