#Monet #WomanWithAParasol #MuséeDOrsay #NGA #impressionism
https://www.facebook.com/MiaFeigelson – Human Figure – Mia Feigelson’s FB Gallery
Can you guess the name of the painting by #Monet which is said to have been the source of inspiration for this work made by the American Artist, John Singer Sargent ? The work by Monet – painted in 1875 – depicts his first wife Camille Doncieux with a parasol and his little son, both in the open air. The painting in question is in the collection of the National Gallery of Art in Washington.

“Sargent often painted his most experimental works for friends, like Judith Gautier (1845–1917), who were receptive to an unconventional point of view. This small-scale, ravishing study of Gautier standing against a cerulean sky is one of Sargent’s most daring compositions.

Here, Sargent concentrates on the effects of light outdoors. Freely painted and boldly abbreviated, the painting suggests the influence of Impressionist Claude Monet, whom Sargent had befriended in Paris in the 1870s.” – See more at http://bit.ly/1XHwRYZ 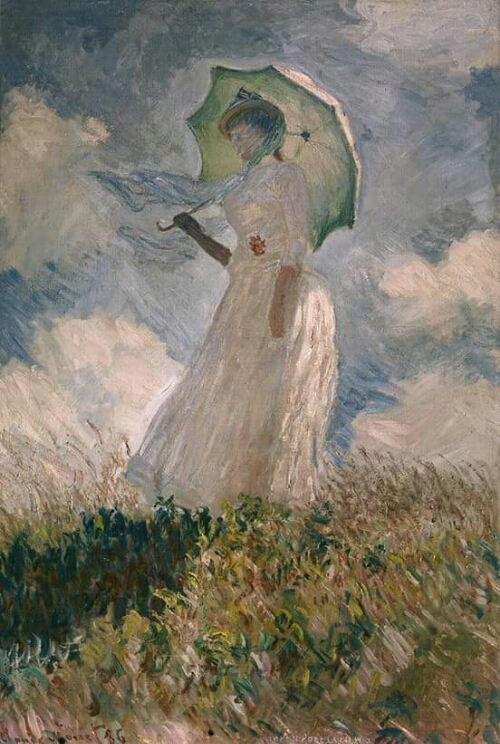