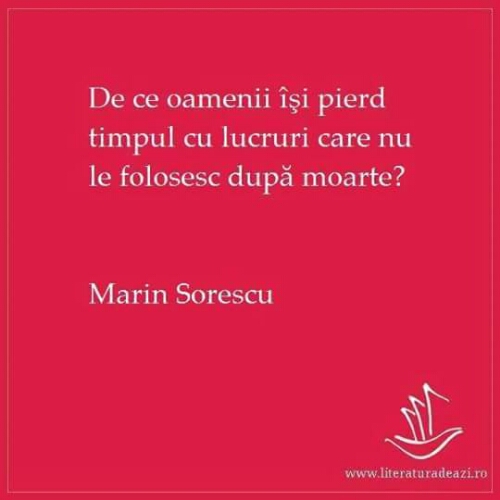 What would a celebration of birds be without the Painted Bunting?

What would a celebration of birds be without the Painted Bunting?

What would a celebration of birds be without the Painted Bunting? One of our priority species, and certainly one of the most stunning. #CelebratingBirds https://abcbirds.org/bird/painted-bunting/

Although she began her career as a dancer, Moore’s success came from her TV roles, first as the secretary on Richard Diamond, Private Detective and then as Laura Petrie on The Dick Van Dyke Show. She is best known, however, as the star of The Mary Tyler Moore Show, the most popular sitcom of the 1970s and the first show to center on a happily unmarried career woman. Over the years, she has won multiple Emmys and Golden Globes. What film role earned her an Oscar nomination?: https://play.google.com/store/apps/details?id=com.tfd.mobile.TfdSearch

This Day in History: The Treaty of New Echota Is Signed (1835)

This Day in History:
The Treaty of New Echota Is Signed (1835)

In 1835, a minority faction of the Cherokee tribe signed the Treaty of New Echota, which bound the entire tribe to move beyond the Mississippi River within three years. Although the Cherokee overwhelmingly repudiated the document and the US Supreme Court upheld the nation’s autonomy, the state of Georgia forced their removal through military action. President Andrew Jackson refused to intervene, and thousands died on the march, known as the “Trail of Tears.” To where did they march?: https://play.google.com/store/apps/details?id=com.tfd.mobile.TfdSearch

Quote of the Day: Joseph Conrad

Quote of the Day:
Joseph Conrad

The nations of the earth are mostly swayed by fear—fear of the sort that a little cheap oratory turns easily to rage, hate, and violence.: https://play.google.com/store/apps/details?id=com.tfd.mobile.TfdSearch

Article of the Day: Exit Polling

Article of the Day:
Exit Polling

Instead of asking who voters plan to support in a future election, as is done in opinion polling, pollsters involved in exit polling ask people who they actually voted for as they leave polling stations. Exit polls are usually conducted by firms providing media outlets with an early indication of an election’s outcome, though they have also been used to deter election fraud. Critics, however, maintain that the results of these surveys can be distorted. How might exit polls influence an election?: https://play.google.com/store/apps/details?id=com.tfd.mobile.TfdSearch

Word of the Day: tumulus

Word of the Day:
tumulus

Thanks to Heather Ingraham who spotted this Gila Woodpecker outside Scottsdale, Arizon

Thanks to Heather Ingraham who spotted this Gila Woodpecker outside Scottsdale, Arizon 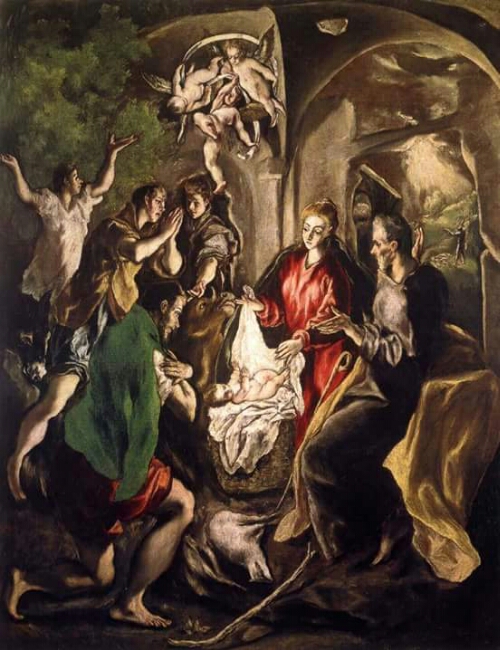 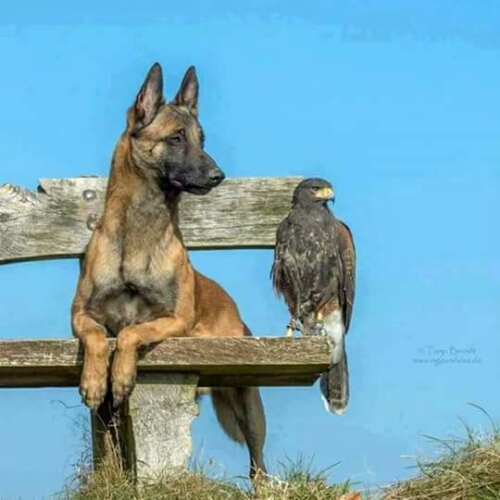 Yeah, it's a lot of downtime but never s dull moment!

This day in history, December 29, 1890 the Wounded Knee Massacre. The U.S. Army 7th Calvary, surrounded a band of Ghost Dancers at the edge of Wounded Knee Creek

This day in history, December 29, 1890 the Wounded Knee Massacre. The U.S. Army 7th Calvary, surrounded a band of Ghost Dancers at the edge of Wounded Knee Creek 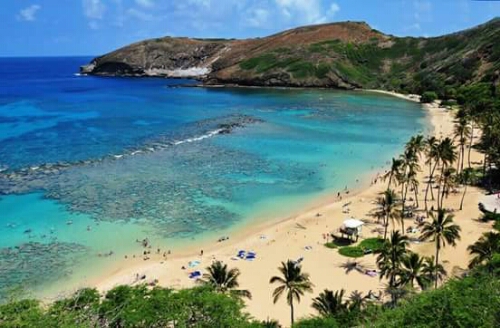 Following the Berlin attack, suspected assailant Anis Amri travelled from Germany to the Netherlands and then on to France before heading to Italy where police shot him dead, investigative sources revealed Wednesday.

Two days after the December 19 attack on a Christmas market in Berlin left 12 dead, the 24-year-old Tunisian boarded an overnight bus at the Dutch city of Nijmegen, near the German border, that took him to Lyon in central France, sources close to the investigation told the AFP Wednesday.
At Lyon, Amri got off the bus at the Gare de Lyon-Part-Dieu station, where surveillance cameras filmed him Thursday, according to sources.
From there, he took a train to the French Alpine town of Chambery before heading to Milan, in northern Italy.
Italian police shot Amri dead in the early hours of Friday after he fired at officers who had stopped him for a routine identity check.
A train ticket from Lyon to Milan via Turin was found on his body.
The fact that the chief suspect in the Berlin attack was able to return to Italy unhindered despite a Europe-wide arrest warrant has raised uncomfortable questions for intelligence agencies.

The security lapse is particularly embarrassing for France, which the suspect was able to enter, travel across and leave, despite a state of emergency.

Details of Amri’s travels through Europe have also sparked questions of German security lapses with investigators still trying to determine how a suspect on a Europe-wide warrant was able to leave Berlin and traverse most of Germany to reach the Netherlands.
Wim de Bruin, spokesman for the Dutch public prosecution service told AFP: “I can confirm that the Dutch police are investigating whether he travelled through The Netherlands after the attack in Berlin.”
De Bruin declined however to give further details.
Dutch lawmakers including anti-Islam politician Geert Wilders demanded an explanation over reports that Amri may have travelled through the Netherlands.
An attempt by Wilders to convene the lower house of parliament for an urgent debate on the matter was turned down after he failed to get the approval of a majority of lawmakers.
The Berlin rampage was claimed by the Islamic State (IS) group, which released a video on Friday in which Amri is shown pledging allegiance to IS group chief Abu Bakr al-Baghdadi.
German officials arrest suspected Amri contact
German authorities are probing whether Amri had help before or after the attack, and on Friday police detained a Tunisian man on suspicion of having ties with him.
The 40-year-old man, who wasn’t identified, was detained during a search of his home and business, federal prosecutors said.
The man’s telephone number was saved in Amri’s cellphone, according to prosecutors.
Of the new suspect, prosecutors said in a statement that “further investigations indicate that he may have been involved in the attack”.
The arrest in Germany came as Tunisian authorities on Friday arrested Amri’s nephew and two other suspects, aged between 18 and 27, who they said were members of a “terrorist cell” connected to Amri.
But the interior ministry made no direct link between the trio and the Berlin assault.

France 24 : Erdogan accuses the West of backing the IS group

Erdogan accuses the West of backing the IS group

Turkish President Recep Tayyip Erdogan on Tuesday said the West was breaking promises in Syria, accusing Ankara’s partners of backing “terror groups” including IS jihadists in the country.

At least 37 Turkish soldiers have died in Turkey’s major incursion inside Syria since it was launched in August to back pro-Ankara Syrian fighters battling IS and Kurdish militia.
Casualties have mounted as the military seeks to take the town of Al-Bab from IS jihadists and Ankara has become more impatient over the lack of support from the US-led coalition against the extremists for the Turkish operation.
“The coalition forces are unfortunately not keeping their promises,” Erdogan said at a news conference alongside visiting Guinean President Alpha Conde.
“Whether they do or they don’t, we will continue along this path in a determined way. There is no going back on the path we have set out on,” he added.
Turkey has met the fiercest resistance yet of the campaign in the fight for Al-Bab, some 25 kilometres (15 miles) south of the Turkish border.
Erdogan complained that rather than supporting Turkey, the West was backing the Kurdish Peoples’ Protection Units (YPG) and Democratic Union Party (PYD), who work with the United States on the ground in Syria, and also IS.
“They are supporting all the terror groups — the YPG, PYD but also including Daesh (IS),” Erdogan said.
“It’s quite clear, perfectly obvious,” he said, adding that Turkey could provide proof in pictures and video.
Erdogan had made a similar claim on a visit to Pakistan in November alleging that “the West stands by Daesh right now” and its weapons were Western-made.
But the Turkish leader expressed confidence over the assault saying “we now have the Daesh terror group surrounded on four sides in Al-Bab”.
“Yes we have martyrs… but now there’s no turning back,” he said.
Erdogan made no mention of a video purportedly showing two Turkish soldiers being burned to death by IS in Syria.
Deputy Prime Minister Numan Kurtulmus said earlier there was no information confirming the video.
Erdogan said that along with Russia, Turkey backed a plan to bring the parties in the conflict together with key powers for peace talks in the Kazakh capital Astana.
But he said that “terror groups” must not be included and that Turkey also wanted to see its Gulf allies Saudi Arabia and Qatar involved.
(AFP)