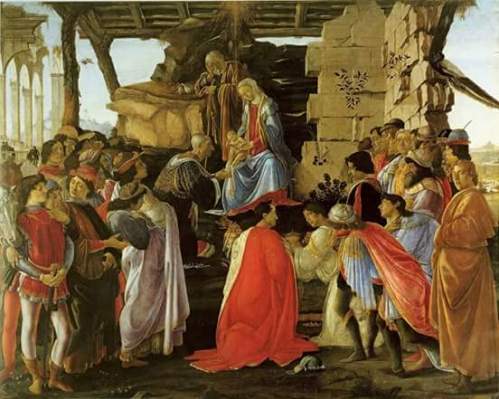 Location: Galleria Degli Uffizi, Firenze , Italia
The adoration of the Magi was the first work of Sandro Botticelli that won him mass popularity. It was commissioned by Gaspar di Zanobi del Lama, a banker that was connected to the Medici family . portraits of members of Medici exist in the painting, also Self-Portrait of Botticelli himself in the right side