Watch “Camila Cabello Debuts “Never Be the Same”” on YouTube

Everliving music:   Watch “Erik Satie – Once Upon A Time In Paris” on YouTube

Ms Dancila, a member of the European Parliament, is regarded as an ally of the governing Social Democratic Party (PSD) leader Liviu Dragnea.

President Klaus Iohannis says he wants her appointment approved quickly by parliament and a new government in place by 1 February.

The PSD has been gripped by a power struggle which also claimed former PM Sorin Grindeanu in June.

“For me it’s very clear that the Social Democrats have a majority… so I weighed all the arguments and decided to name their proposal [Ms Dancila] for premier,” Mr Iohannis said after announcing the appointment.

Ms Dancila has served in the European Parliament since 2009. Mr Dragnea described her as “a respected MEP in Brussels… who doesn’t seek conflict, is communicative and has good relations with the [European] Commission”.

Why did Mihai Tudose resign?

Mr Tudose quit on 15 January after his own party withdrew its backing.

Reports say he fell out with Mr Dragnea after sparring with Interior Minister Carmen Dan, a Dragnea ally.

Mr Tudose said he he was leaving “with his head high”.

“I did not want to break the party,” he said. “They named me, they removed me. I take responsibility for my deeds and I do not regret anything in my actions [as prime minister].”

Mr Dragnea has been in politics for more than two decades. He has served as a cabinet minister but was barred from becoming prime minister in 2015 because of a conviction for ballot-rigging during a 2012 referendum.

He was given a one-year suspended prison sentence, later increased to two years.

Prosecutors are also investigating allegations that he illicitly obtained EU funds during his time in local politics in Teleorman, in 2000-2012. He denies wrongdoing, saying the allegations are politically motivated.

More on this story

More Videos from the BBC

‘We are very worried about him’

Plaid ‘appalling’ on dealing with discipline

The Queen on how it feels to wear a heavy crown

Has Trump made the world more dangerous?

Can anyone open a school at home in California?

When you can eat carbs for dinner

‘Hologram leader’ who wants to rule in exile

Why Turkey is poised to attack enclave in Syria

Memories and beauty captured in Africa

From Around the Web

One Thing All Liars Have in Common, Brace YourselfTruthFinder

Anyone Considering A Walk-In Tub In 2018 Should See This.Now It Counts

Why you can trust BBC News 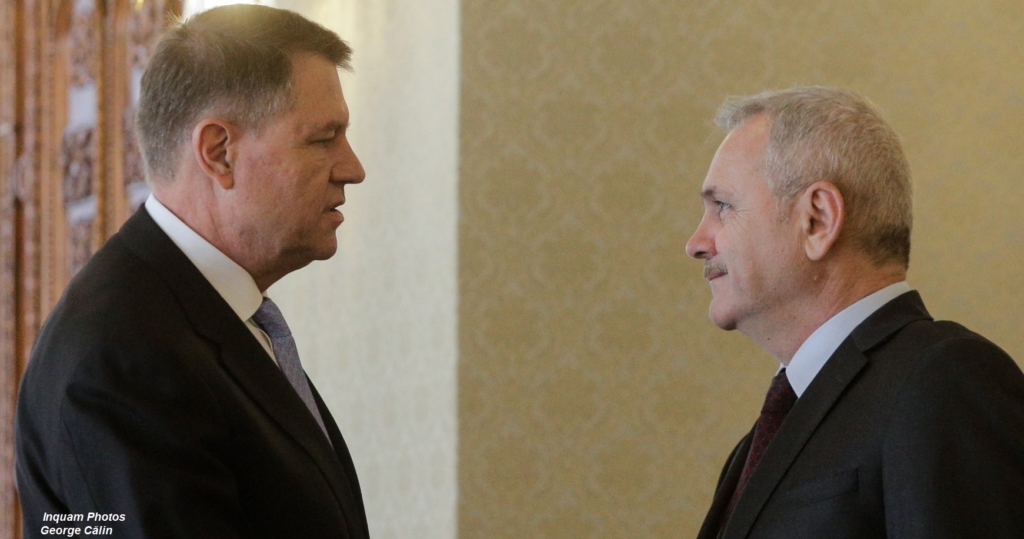 California has been lost in its own version of reality, everything from the Marijuana laws to Firearm laws and the most recent, ammo laws.  In what seems more of a Orwellian society of people who have lost their collective minds, it seems some have had enough and have decided to create their own “state” and have called it, for the time being, “The New California”.

SACRAMENTO — With the reading of their own version of a Declaration of Independence, founders of the state of New Californiatook the first steps to what they hope will eventually lead to statehood, CBS Sacramento reported.

“Well, it’s been ungovernable for a long time. High taxes, education, you name it, and we’re rated around 48th or 50th from a businessclimate and standpoint in California. There’s something wrong when you have a rural county such as this one, and you go down to Orange County which is mostly urban, and it has the same set of problems, and it happens because of how the state is being governed and taxed.” ~ Founder Robert Paul Preston

Now before you start thinking this is just some guy and this is not an actual “movement”, we will cover the counties that have signed on to be part of the New California.

They are following the law and are citing Article 4, section 3 of the U.S. Constitution that not only protects them but also enables the legal creation of a new state, as was the path of West Virginia.

Additional counties in include a long list of areas that many people would find surprising who want to start a new state.  Here is the list of counties awaiting certification: Los Angeles, Santa Cruz, San Joaquin, San Diego, Orange, Glenn, Tulare, San Benito, Calaveras, Amador, Tuolumne, Mariposa and Santa Barbara.  The list represents a back log of counties who have county chairs and  organizing committees who meet the standards for certification.  “It’s just a matter of getting the time to bring them aboard. It’s a nice problem to have” stated one of the representatives. Our goal is to be at 40 ratified counties by January 1, 2018.

If the group focuses on leaving California because of the corruption within the states government, the sanctuary cities, flood of illegal immigrants and crime, then I am all for it.

Chris “Badger” Thomas is a Veteran who served our country as an Army Combat Medic.

TOGETHER WE WILL MAKE AMERICA GREAT AGAIN

Alzheimer’s Discovery That is Leaving Doctors Speechless (Try This)

Remember Her? Take A Deep Breath Before You See What She Looks Like Now

Here’s What New Dental Implants Should Cost You

Do This Before You Spend Another $1 On The Lotto

Vision Discovery That is Leaving Optometrists Speechless (Try It Tonight)

No Pill Can Stop Tinnitus But This (1) Weird Method Can

Embarrassed by Your Shooting Accuracy? Try This 9 Minutes a Day