(CNN) The quick and easy noshes you love are chipping away at your mortality one nibble at a time, according to new research from France: We face a 14% higher risk of early death with each 10% increase in the amount of ultraprocessed foods we eat.

“Ultraprocessed foods are manufactured industrially from multiple ingredients that usually include additives used for technological and/or cosmetic purposes,” wrote the authors of the study, published Monday in the journal JAMA Internal Medicine. “Ultraprocessed foods are mostly consumed in the form of snacks, desserts, or ready-to-eat or -heat meals,” and their consumption “has largely increased during the past several decades.”

This trend may drive an increase of early deaths due to chronic illnesses, including cancer and cardiovascular disease, they say.

Ultraprocessed foods are gaining ground in our diets

In the United States, 61% of an adult’s total diet comes from ultraprocessed foods, in Canada, it is 62%, and in the UK, that proportion is 63%, a recent study found. Yet research also indicates that eating ultraprocessed foods can lead to obesity, high blood pressure and cancer, the study authors say. 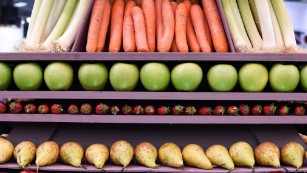 To understand the relationship between ultraprocessed foods and the risk of an earlier-than-expected death, the researchers enlisted the help of 44,551 French adults 45 and older for two years. Their average age was 57, and nearly 73% of the participants were women. All provided 24-hour dietary records every six months in addition to completing questionnaires about their health (including body-mass index and other measurements), physical activities and sociodemographics.

The researchers calculated each participant’s overall dietary intake and consumption of ultraprocessed foods. 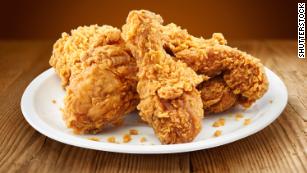 Over the study period, 602 participants died. After adjusting for factors such as smoking, the researchers calculated an associated 14% higher risk of early death for each 10% increase in the proportion of ultraprocessed foods consumed.

Further studies are needed to confirm these results, the authors say. Still, they speculate that the additives, the packaging (chemicals leech into the food during storage) and the processing itself, including high-temperature processing, may be the factors that negatively affect health.

The “findings make sense, given what we know to date about the deleterious effects of food additives on brain function and health, but the effects observed are very small,” wrote Molly Bray, chairwoman of the Department of Nutritional Sciences at The University of Texas at Austin, in an email. She was not involved in the research.

Nurgul Fitzgerald, an associate professor in the Department of Nutritional Sciences at Rutgers, The State University of New Jersey, offered “kudos to the authors” for a study that is “strong” in terms of design.

However, “ultraprocessed” is a huge category of foods, and by lumping so many things together, the researchers lost sensitivity in their results and cannot pinpoint what exactly is causing the effect seen in the study, said Fitzgerald, who was not involved in the research. 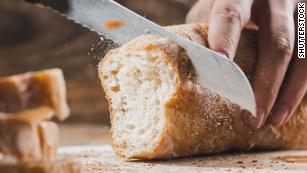 “Some factors may be more harmful or less harmful than others. It’s really too complex,” she said, adding that we can’t “run with” these results.

Why are people eating more of these processed foods?

When selecting food, taste is the No. 1 factor for most consumers, she said, but price and convenience are also important, and with ultraprocessed foods, that convenience factor is “probably top of the list: grab and go, ready to eat.”

Fitzgerald recommends that people look not only at the front of a package when they buy ready-made meals, but also at the back.

Friends or a group with which you’re affiliated could want you to help them formulate a workable plan for advancement. You’re in just the right frame of mind for this, Taurus, and therefore willing to roll up your sleeves and pitch in. You might be the center of attention at some point, perhaps sharing your skills with associates. Don’t forget your own goals. They could be advanced today, too.: https://play.google.com/store/apps/details?id=com.tfd.mobile.TfdSearch

The Hala Festival has been held in Kuwait every year since 1999 to celebrate the coming of spring and to promote Arab culture and the local economy. The festival begins with an opening carnival and parade, culminating in a lavish fireworks display. Over the course of the subsequent weeks, visitors are able to enjoy such features as performances of music from around the Middle East, exhibitions of calligraphy and cars, sporting events, and religious events. Shopping is a focal point of the festival, with more than 100 local merchants taking part in prize drawings and special offers. More…: https://play.google.com/store/apps/details?id=com.tfd.mobile.TfdSearch

Mather was an American Puritan leader remembered for his role in the Salem witch trials. Although his Memorable Providences Relating to Witchcraft and Possessions fed the hysteria that led to the witch hunts, he disapproved of some of the trials and argued against the use of “spectral evidence,” a type of evidence based on dreams. Deeply interested in science, Mather was the first native-born American to be a fellow of the Royal Society and was an early supporter of what medical method? More…: https://play.google.com/store/apps/details?id=com.tfd.mobile.TfdSearch

This Day in History: National Association for the Advancement of Colored People Founded (1909)

This Day in History:
National Association for the Advancement of Colored People Founded (1909)

The oldest and largest US civil rights organization, the National Association for the Advancement of Colored People (NAACP) was formed as the direct result of race riots that occurred in 1908 in Springfield, Illinois. In 1939, it organized the Legal Defense and Education Fund as its legal arm, which sued for school desegregation in Brown v. Board of Education. During WWII, it pressed for desegregation of the armed forces, which was achieved in 1948. Who is the NAACP’s current president? More…: https://play.google.com/store/apps/details?id=com.tfd.mobile.TfdSearch

Quote of the Day: Alexander Hamilton

Quote of the Day:
Alexander Hamilton

A promise must never be broken. More…: https://play.google.com/store/apps/details?id=com.tfd.mobile.TfdSearch

Article of the Day: Genetic Fingerprinting

Article of the Day:
Genetic Fingerprinting

Genetic fingerprinting is a forensic identification technique that enables nearly unmistakable discrimination between individuals and is often used in criminal and paternity cases. The process involves isolating DNA from skin, hair, blood, or semen cells and comparing genetic information at key positions on the chromosomes. Theoretically, the risk of a false match is minute, but laboratory errors can skew results. What other factors should be considered when evaluating DNA evidence? More…: https://play.google.com/store/apps/details?id=com.tfd.mobile.TfdSearch

Utilizing all of one’s power and strength to do something. Watch the video…: https://play.google.com/store/apps/details?id=com.tfd.mobile.TfdSearch

Word of the Day: gullet

Word of the Day:
gullet

Definition: (noun) The passage between the pharynx and the stomach.

Usage: The bird gave a gulp, and I felt the stone pass along its gullet and down into its crop.

On a dark desert highway, cool wind in my hair
Warm smell of colitas, rising up through the air
Up ahead in the distance, I saw a shimmering light
My head grew heavy and my sight grew dim
I had to stop for the night.

There she stood in the doorway;
I heard the mission bell
And I was thinking to myself
‘This could be heaven or this could be Hell’
Then she lit up a candle and she showed me the way
There were voices down the corridor,
I thought I heard them say

Her mind is Tiffany-twisted, she got the Mercedes bends
She got a lot of pretty, pretty boys, that she calls friends
How they dance in the courtyard, sweet summer sweat
Some dance to remember, some dance to forget

So I called up the Captain,
‘Please bring me my wine’
He said, ‘we haven’t had that spirit here since nineteen sixty-nine’
And still those voices are calling from far away,
Wake you up in the middle of the night
Just to hear them say”

Mirrors on the ceiling,
The pink champagne on ice
And she said, ‘we are all just prisoners here, of our own device’
And in the master’s chambers,
They gathered for the feast
They stab it with their steely knives,
But they just can’t kill the beast

Last thing I remember, I was
Running for the door
I had to find the passage back to the place I was before
‘Relax’ said the night man,
‘We are programmed to receive.
You can check out any time you like,
But you can never leave!’

The story of the Hotel California

Hotel California is the fifth studio album by American rock band the Eagles, and is one of the best-selling albums of all time. Three singles were released from the album, each reaching high in the Billboard Hot 100: “New Kid in Town” (number 1), “Hotel California” (number 1), and “Life in the Fast Lane” (number 11). The album became the band’s best-selling album after Their Greatest Hits (1971–1975). It has been certified 26× Platinum in the U.S., and has sold over 42 million copies sold worldwide. The album was ranked number 37 on Rolling Stone’s list of “The 500 Greatest Albums of All Time”.
Hotel California
Hotelcalifornia.jpg
Studio album by the Eagles
Released
December 8, 1976[1]
Recorded
March – October 1976
Studio
Criteria Studios, Miami, FL and Record Plant Studios, Los Angeles, CA
Genre
Rock
Length
43:28
Label
Asylum
Producer
Bill Szymczyk
the Eagles chronology
Their Greatest Hits (1971–1975)
(1976) Hotel California
(1976) The Long Run
(1979)
Singles from Hotel California

The album was recorded by Bill Szymczyk at the Criteria and Record Plant studios between March and October 1976, and then released on Asylum in December. It was their first album with guitarist Joe Walsh, who had replaced founding member Bernie Leadon, and is the last album to feature bassist Randy Meisner. It is their sixth album (including Their Greatest Hits (1971–1975)), and fifth of new material. The front cover is a photograph of the Beverly Hills Hotel by David Alexander. The album topped the charts and won the band two Grammy Awards for “Hotel California” and “New Kid in Town”. The album was nominated for Album of the Year but lost to Fleetwood Mac’s Rumours. A 40th anniversary special edition was released in November 2017.
Theme
Composition
Recording
Artwork
Release
Critical reception
Accolades
Commercial performance
Track listing
Personnel
Charts
Certifications and sales
See also
References
Last edited 21 days ago by NinjaRobotPirate
Wikipedia
Content is available under CC BY-SA 3.0 unless otherwise noted.