What do you think? https://pin.it/zlbg4kbejas5n7 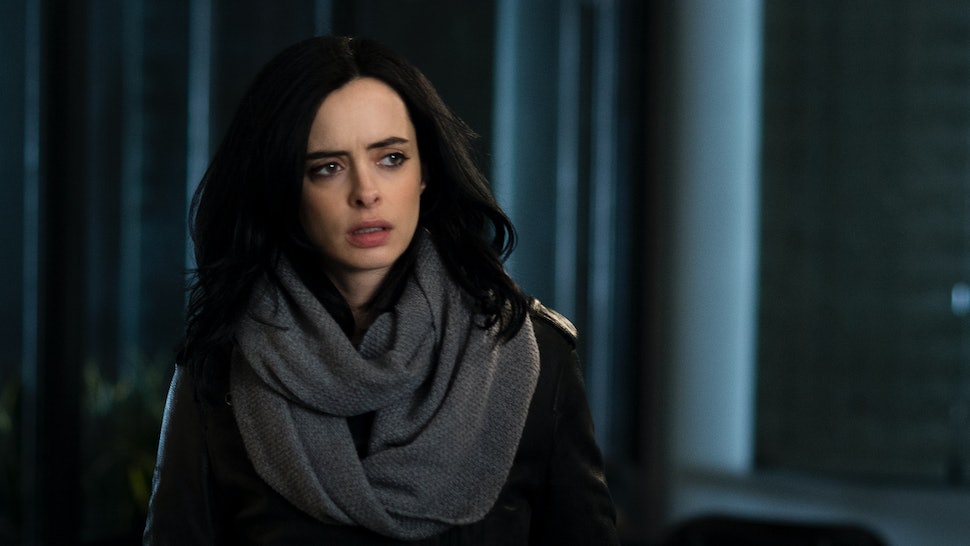 She’s brave, honest, and never has her phone charged. This holiday season, I am thankful for Marvel’s Jessica Joneson Netflix. I’m not sure whether to call her a superhero, an antihero, or combine it all to make a “superantiheroine,” but the powerful private detective is exactly what I’ve needed. Here are some quotes from the lady herself that help celebrate why I’m giving thanks for her this Thursday. While these quotes come from all thirteen episodes in Season 1 including the finale and mild spoilers follow, I won’t give away any major plot details. Only proceed with caution if you are some kind of super sleuth.

Maybe you’re spending your Thanksgiving break by finally delving into the Netflix series, or you’ve finished and you’re begging your friends and family to give it a try. Jessica Jones has caught on with comic book fans and beyond. It’s no surprise, either. She has freakin’ super strength, can basically fly, resolves to face her problems head on, and has the resourcefulness and observational skills that make her amazing at her day job to boot. Jessica Jones doesn’t angst about or try to hide her super powers, because she doesn’t have to hide them. Plus, she knows how to crack a joke and deliver an inspirational message when she needs to.

1. “Would you put day drinking under experience or special abilities?”

2. “Looks like you stripped your screws.” “Wouldn’t be the first time.”

3. “They say everyone’s born a hero. But if you let it, life will push you over the line until you’re the villain. Problem is, you don’t always know that you’ve crossed that line. Maybe it’s enough that the world thinks I’m a hero.”

One of the most badass things about Jessica is that she’s aware of her own limitations.

I finished Season 1 of Jessica Jonesalmost a full week ago, and I’m still skeeved out by Kilgrave.

Jessica Jones is not a role model in a lot of ways, and that is absolutely fine considering her history, but this is perfect. These are not easy words to live by.

6. “You’re coming across as paranoid.” “Everyone keeps saying that, it’s like a conspiracy.”

Even under an enormous amount of pressure, Jessica Jones has still got jokes!

I’m pretty sure I screamed out loud when I heard this line, I was so on board. Robyn and Ruben forever, am I right?

8. “You shoot at me, I’ll pull the bullet out of my ruined jacket and shove it up your ass with my pinky finger, and who do you think that’s gonna hurt more?”

So maybe she’s not actually bulletproof and maybe she doesn’t really have laser eyes, but it’s still an awesome line.

9. “You use sarcasm to distance people.” “And yet you’re still here.”

Truly, this whole monologue and scene from Episode 4, “AKA 99 Friends,” is a dream.

11. “Knowing it’s real means you gotta make a decision. One, keep denying it… “

At the end of the day, it’s decisions like that that makes Jessica Jones the hero we’ve been waiting for in the Marvel universe.