Books, lectures, and other sources of information regarding spiritual, metaphysical, or religious matters could have your mind spinning, Taurus. What you read or hear is likely to be fascinating, but you might be too overwhelmed to make sense of it right now. Don’t feel that you have to get it all together today. Do something else, let it all stew, and tomorrow its meaning could all appear to you in a rush.: https://play.google.com/store/apps/details?id=com.tfd.mobile.TfdSearch

This was an ancient Roman festival held in honor of the manes, or souls of the dead—in particular, deceased relatives. It began a season for remembering the dead, which ended with the Feralia on February 21. This week was a quiet, serious occasion, without the rowdiness that characterized other Roman festivals. Everything, including the temples, closed down, and people decorated graves with flowers and left food—sometimes elaborate banquets—in the cemeteries in the belief that it would be eaten by the spirits of the deceased. More…: https://play.google.com/store/apps/details?id=com.tfd.mobile.TfdSearch

Wood was an American artist famous for painting scenes from the rural Midwest that feature austere people and stylized landscapes. Born in Iowa, Wood traveled to Europe in the 1920s and was exposed to the late medieval primitive painting style that would later influence his own art. One of the best-known icons of American art, his American Gothic features a stern Midwestern farmer holding a pitchfork and a woman who is often assumed to be the farmer’s wife but is not. Who is she? More…: https://play.google.com/store/apps/details?id=com.tfd.mobile.TfdSearch

This Day in History: William and Mary Proclaimed Co-Rulers of England (1689)

This Day in History:
William and Mary Proclaimed Co-Rulers of England (1689)

King William III and Queen Mary II were joint monarchs of England. Married in 1677, they were called to the throne by Parliament after King James II—Mary’s father—fled the country during the Glorious Revolution of 1688. To end the revolution, William and Mary signed the English Bill of Rights, which barred any future Catholic succession to the throne and began a new cooperation between Parliament and monarchs, leading to greater democracy. What effect did this have on the colonies in America? More…: https://play.google.com/store/apps/details?id=com.tfd.mobile.TfdSearch

Quote of the Day: Gilbert Chesterton

Quote of the Day:
Gilbert Chesterton

I realized that ritual will always mean throwing away something; destroying our corn or wine upon the altar of our gods. More…: https://play.google.com/store/apps/details?id=com.tfd.mobile.TfdSearch

Article of the Day: The Uraeus

Article of the Day:
The Uraeus

The uraeus is the stylized upright form of an Egyptian spitting cobra that often adorned the headdresses of the pharaohs as a symbol of divine authority. It represented one of the earliest Egyptian deities, Wadjet, and was believed to protect the pharaohs by spitting her fire at their enemies. According to myth, Isis made the first uraeus from the dust of the earth and the spittle of the sun god. Upon the unification of Egypt, the uraeus was joined with what other symbol? More…: https://play.google.com/store/apps/details?id=com.tfd.mobile.TfdSearch

Idiom of the Day: a ground ball with eyes

Idiom of the Day:
a ground ball with eyes

In baseball, a ball that is hit onto the ground and narrowly eludes two or more infielders, allowing the batter to take a base. It is said to have “eyes” because it seems to “see” its way between the two defensive players. Watch the video…: https://play.google.com/store/apps/details?id=com.tfd.mobile.TfdSearch

Word of the Day: unnameable

Word of the Day:
unnameable

Definition: (adjective) Too sacred to be uttered.

Usage: The deliberate enunciation of the ancient, unnameable runes shocked the holy men devoted to guarding the idol.: https://play.google.com/store/apps/details?id=com.tfd.mobile.TfdSearch

The Polonaise in A♭ major, Op. 53(French: Polonaise héroïque, Heroic Polonaise; Polish: Heroiczny) for solo piano, was written by Frédéric Chopinin 1842.[1] This composition is one of Chopin’s most admired compositions and has long been a favorite of the classical piano repertoire. The piece requires exceptional piano skills and great virtuosity to be interpreted at a high degree of proficiency. It is also very physically demanding, and according to his student Adolphe Gutmann, Chopin played it more gently than most performers. The polonaise was dedicated to Auguste Léo, a German banker and friend of Chopin.[2]

Origin of the Sobriquet ‘Heroic’Edit
George Sand, Chopin’s longtime lover and companion, responded vigorously to the Revolutions of 1848 as did many intellectuals of the day. When the 1848 Revolution began in France, women had fewer rights than men and Sand believed these were necessary for progress. Around this time, Sand started her own newspaper which was published in a workers’ co-operative. This allowed her to publish more political essays, expressing her strongly felt convictions. In one of these, for example, she wrote, “I cannot believe in any republic that starts a revolution by killing its own proletariat.”
On hearing Chopin’s Polonaise, Sand was left with a deep symbolic impression which she communicated to Chopin in their private correspondence. In one of their letters, she wrote passionately, “L’inspiration! La force! La vigueur! Il est indéniable qu’un tel esprit doit être présent dans la Révolution française. Désormais cette polonaise devrait être un symbole, un symbole héroïque!” (“The inspiration! The force! The vigour! There is no doubt that such a spirit must be present in the French Revolution. From now on this polonaise should be a symbol, a heroic symbol”). In spite of Chopin’s reluctance to bestow descriptive names on his music, music scholars and concert pianists have nevertheless associated the grand architecture of the music with this sobriquet, “Heroic.”

The polonaise features many difficult technical aspects, including:

Trills with the weaker fingers

Use of a wide range of the piano keyboard

StructureEdit
The tempo of the piece is Alla polacca e maestoso (“like a polonaise and majestic”). The form may be viewed as intermediate between ternary (A-B-A) and rondo (A-B-A-C-A), since the first interlude is much shorter than the second (16 vs. 74 bars). The main theme is preceded by an introductionof about thirty seconds in length.
The piece features a grand introduction with fast ascending chromatic notes in both hands, setting the mood of the piece; also, it shows the heroic side of Chopin’s art. The first theme is a dance-like theme in the tonic key of A♭ major. It is the familiar part of the piece and has the left hand moving in pounding octaves. The theme is repeated up an octave with short trills that fill some of the auditory gaps in the theme. The first interlude presents a series of chord progressions that lead into a recount of the traditional polonaise melody, with the polonaise rhythm employed in the left-hand accompaniment. The main theme then repeats once more.
The second, main interlude (or trio section) opens with six loud arpeggiochords before switching to a very soft bass ostinato of descending octaves first in the key of E major and then in E♭ major (written as D♯ major). A march-like melody follows the descending octaves and this occurs twice, and then a long lyrical interlude firstly with harmonic chord progressions and frequent modulations. This ends in a descending passage before the main theme is replayed. The theme is played louder and more dramatically and ends in a coda including material derived from the main theme. A typical performance of the polonaise lasts seven minutes.[1]
The piece is written in a 3
4 timemarking but includes many implicit deviations from it.

The 1937 British film Moonlight Sonata opens with a concert performance of the Polonaise by Ignacy Jan Paderewski.

The 1945 film A Song to Remember, a fictionalization of Chopin’s life, features the Polonaise.

The 1945 song “Till the End of Time” by Buddy Kaye and Bud Mossman is based on the Polonaise’s main section.

In the first episode of The Addams Family (1964 TV series), Lurch plays the main theme on the harpsichord.

The song “Oliver Cromwell” by Monty Python is sung to the first (A♭) section of the Heroic Polonaise.

The 1971 song “Hyacinth House” by The Doors musically quotes the main theme during Ray Manzarek’sorgan solo.

In the 1996 movie adaptation of H. G. Wells’s novel The Island of Dr. Moreau, Dr. Moreau performs this piano number for his dinner guests following a particularly festive banquet.

In Kate Atkinson’s 2015 novel A God in Ruins, Nancy Todd is determined to master the “Heroic” before succumbing to cancer.

Heroic Polonaise on YouTube, performed by Vladimir Horowitz(Time’s “probably the greatest pianist of the 20th century”)

Quote: “Until the lion…” 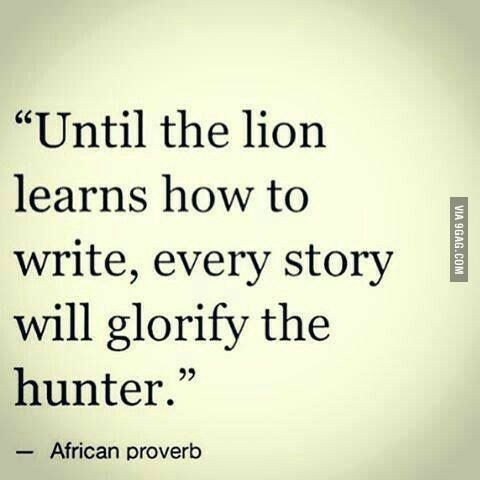 Quote: “Until the lion…”