this pressed: BP in Russia: The Nightmare Continues – Bloomberg 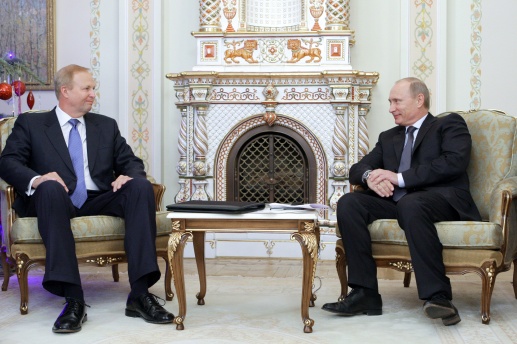 BP Plc (BP/) Chief Executive Officer Bob Dudley has endured many scrapes in Russia during the past decade.

In 2008, when he was CEO of TNK-BP, a joint venture between the British oil major and a group of Russian billionaires, Dudley faced a stream of lawsuits and tax probes: administrative bullying, Russian style. He couldn’t even get his work visa renewed.

In July of that year, he fled Moscow, saying in a bitter statement that he’d suffered “sustained harassment” by Russian authorities and his partners. He told the U.S. ambassador at the time that he thought then–Deputy Prime Minister Igor Sechin was behind the attacks, according to a U.S. embassy cable released by WikiLeaks.

Now, Dudley’s fate hinges on Sechin once again as he watches BP’s $16 billion Russia bet get mauled by plunging oil prices and Ukraine-related sanctions, Bloomberg Markets magazine will report in its February issue. BP is the biggest foreign investor in Russia through its 20 percent stake in OAO Rosneft (ROSN), the state-controlled oil giant led by Sechin.

The U.S. and the European Union have locked Rosneft out of capital markets in response to Russian intervention in Ukraine. Washington has gone a step further and blacklisted Sechin, banning him, for example, from traveling to the U.S. Dudley now sits on the board of Rosneft with a man the U.S. government has deemed a pariah.

Human activities have created a “dead zone” in the Gulf of Mexico that is roughly the size of the state of Connecticut—about 5,000 square miles (13,000 sq km). Though this is several thousand square miles smaller than it was at its peak, it remains the second-largest dead zone in the world. Dead zones develop when there is insufficient oxygen near the ocean floor to support marine life. In most cases, this results from an overgrowth of algae fed by excessive nutrient runoff from farming and other human activities. More… Discuss

3,200 Gulf Oil Wells abandoned and unprotected: Who Owns The Earth? 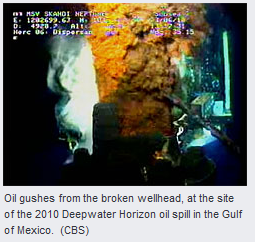 The question I asked about the ownership of the Earth is not a platonic one: And it is followed by another question: Is this acceptable?