this day in the yesteryear: Nellie Bly Goes Around the World (1890)

Elizabeth Jane Cochran—better known by her pen name, Nellie Bly—was a pioneering investigative reporter. She feigned insanity in order to be committed to the Women’s Lunatic Asylum on New York City’s Blackwell’s Island and expose the institution’s horrific and abusive treatment methods. In 1889, she embarked on a 24,899-mile (40,071-km) journey around the world inspired by the Jules Verne novel Around the World in Eighty Days. Her trip, however, was somewhat shorter. How long did it take? More… Discuss 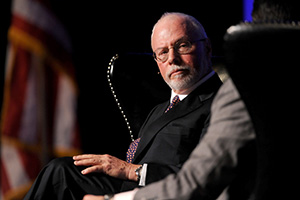 Tarbell’s investigative journalism earned her a reputation as a leading “muckraker“—one who investigates and exposes issues of corruption and misconduct. Her 19-part exposé for McClure’s Magazine, later published in a book titled The History of the Standard Oil Company, led to the breakup of the Standard Oil monopoly and is seen as a model for journalism today. Where did this book rank on a 1999 list of the top 100 works of American journalism in the 20th century? More… Discuss 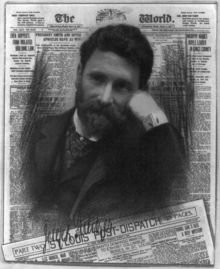 Born in Hungary, Pulitzer immigrated to the US during the Civil War and served in the Union Army. He later became a reporter and purchased and founded several newspapers, establishing the pattern of the modern newspaper by combining investigative reporting with publicity stunts, self-advertising, and sensationalism. In his will, he established the Pulitzer Prizes, annual awards for achievements in American journalism, letters, and music. What famous saying about journalism is attributed to him? More… Discuss