Saint of the Day for Wednesday, January 14th, 2015 Image of St. Felix of Nola

Felix was the son of Hermias, a Syrian who had been a Roman soldier. He was born on his father’s estate at Nola near Naples, Italy. On the death of his father, Felix distributed his inheritance to … continue reading

Posted in Educational, IN THE SPOTLIGHT, MY TAKE ON THINGS, PEOPLE AND PLACES HISTORY, GEOGRAPHY, Special Interest, SPIRITUALITY, Uncategorized

this pressed: The Iraq-ISIS Conflict in Maps, Photos and Video – NYTimes.com 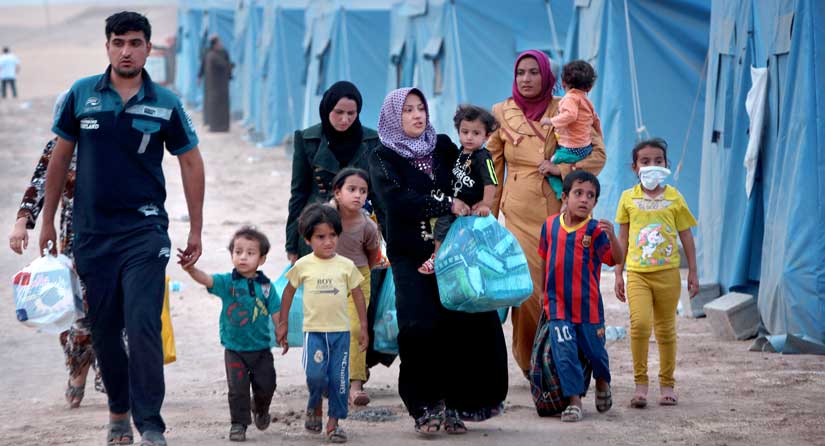 Excepts from the article: Growing Humanitarian Crisis Published June 12 TweetThe United Nations estimates that at least 500,000 Iraqis were displaced by the takeover of Mosul. Food supplies are low and there is limited fresh water and little electricity. An additional 430,000 people were displaced by fighting In Anbar Province, which insurgents have controlled for more than six months.

The Iraq-ISIS Conflict in Maps, Photos and Video – NYTimes.com.

Insurgents from the Islamic State of Iraq and the Levant (ISIS), an offshoot of al-Qaeda several thousand fighters strong that controls considerable territory in eastern Syria and western and central Iraq, have attacked cities around western and northern Iraq this week and taken two of them, Mosul and Tikrit. As many as 500,000 people fled Mosul after the city was attacked. Even security forces reportedly fled. But government leaders have vowed to repel the militants. More… Discuss