this pressed for our reeducation: ObamaCare architect mouths off again, as videos cause problems for Dems 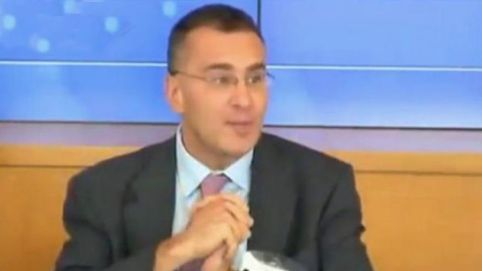 According to Watchdog.org, Gruber is currently being paid to advise the state of Vermont on a new health care plan. Watchdog.org also spoke with the man who wrote the comment that drew Gruber’s snarky rebuke, former state senator and Reagan adviser John McClaughry.

“No one should trust this man,” McClaughry told Watchdog.org. “Based on the rest of the stuff that’s come out on the videos, nobody can trust this guy.”

Even though Pelosi claimed she wasn’t familiar with Gruber, other Democrats have made clear they know him — and are not happy with him.

On CNN, former White House press secretary Jay Carney said of the tapes, “It’s not good” and acknowledged he helped write ObamaCare and the Massachusetts law.

via ObamaCare architect mouths off again, as videos cause problems for Dems.

this pressed for your right to know: Pelosi claims not to know ‘stupid voter’ ObamaCare architect she cited

Nancy Pelosi claimed Thursday she didn’t know who ObamaCare architect Jonathan Gruber is, after several tapes surfaced showing him gloating about how the law was written to take advantage of the stupidity of the American voter.

Problem is, Gruber’s analysis of the law was cited extensively by her office back in 2009.

Pelosi, the House Democratic leader, tried to downplay Gruber’s role during a press conference on Thursday.

via Pelosi claims not to know ‘stupid voter’ ObamaCare architect she cited.

This Pressed for your access to “transparency”: What’s in a ‘scoop’? The White House has a strategy for that. http://t.co/GUdQEtr0pR — Washington Post (@washingtonpost) October 29, 2014

What’s in a ‘scoop’? The White House has a strategy for that. http://t.co/GUdQEtr0pR

Posted in Educational, IN THE SPOTLIGHT, MY TAKE ON THINGS, News, PEOPLE AND PLACES HISTORY, GEOGRAPHY, Photography, QUOTATION, Uncategorized