• Debate: Preparation of the informal meeting of Heads of State or Government (12 February 2015)
Council and Commission statements
[2014/2940(RSP)]

Valéry Giscard d’Estaing is a French political leader who rose through the ranks over nearly two decades to become president of France in 1974, defeating Socialist François Mitterrand, who would later unseat him in the 1981 election. A supporter of European economic integration, Giscard later served as a member of the European Parliament and as president of the Convention on the Future of Europe. What fueled rumors in 2009 that he had once had a fling with the late Diana, Princess of Wales? More… Discuss 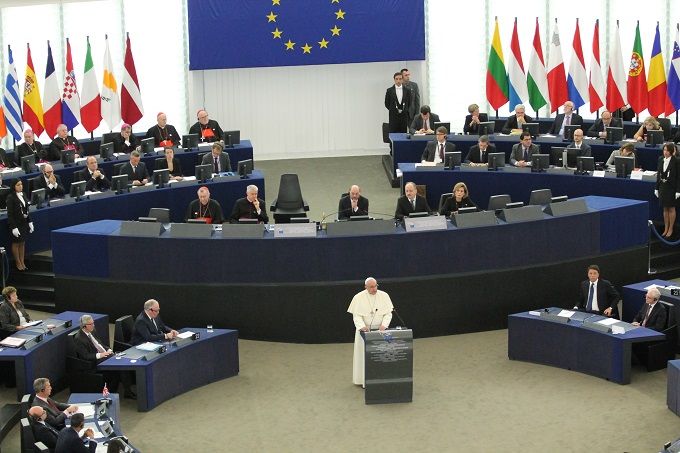 amid a world rife with conflict

Vatican City, Jan 12, 2015 / 07:54 am (CNA/EWTN News).- Pope Francis told Vatican diplomats that peace – which is a communal responsibility – is the only solution to global issues like war, terrorism and social problems such as unemployment and slavery.

“Today I wish to repeat a word quite dear to us: peace!” the Pope told the diplomats on Jan. 12.

He said that peace is a common theme we think about during Christmas, but cautioned that the holiday also makes us think of “another tragic reality: that of rejection,” which is visible in Herod’s killing of the infants in Bethlehem as well as in Jesus’ ultimate death on the cross.

via Pope tells diplomats to work for peace amid a world rife with conflict :: Catholic News Agency (CNA).

Posted in Educational, IN THE SPOTLIGHT, MEMORIES, MY TAKE ON THINGS, News, ONE OF MY FAVORITE THINGS, PEOPLE AND PLACES HISTORY, GEOGRAPHY, Special Interest, SPIRITUALITY, Uncategorized

this presses: for your right to know (publicat pentru dreptul de a stii: Ukraine Being Watched by Moldova 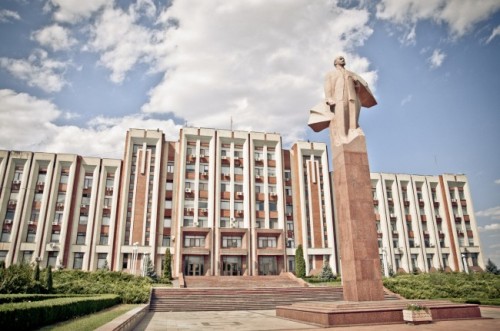 The former Soviet Union State of Moldova is holding an election next weekend and will vote to make a decision about if it will continue down the road to European integration, opposing Russia and risking war like Ukraine is. Moldova is being watchful of the happenings between Russia and Ukraine since their former Soviet sibling may show them what to expect by defying the Russian wishes.

Moldova is one of the smallest countries in eastern Europe and one of the poorest. The country, located on the western edge of what use to be the Soviet Union, has made large strides towards integration into the West and separating themselves from the Russian way more than any other ex-Soviet states.

The parliamentary election will take place on November 30 and as it gets closer, polls showing the opinion of Moldova’s citizens appear divided on if they should remain loyal to Russia or continue moving towards inclusion with the European Union (EU) nations. The decision is not a simple one, and one that has already hurt the country and its people.

Moving towards inclusion in the EU, the three-party group that comprises the Alliance for European Integration that formed in 2009 has earned the landlocked country a ban on imports of wines, meats and vegetables from Russia. This has affected the 3.5 million people living in Moldova, which is bordered by Romania, a member of the EU, and Ukraine.

via Ukraine Being Watched by Moldova

Farage: Thank you for confirming Cameron is the real fantasist, Mr Barroso|europarl

Farage: Thank you for confirming Cameron is the real fantasist, Mr Barroso

• Debate: Presentation by the Commission President-elect of the College of Commissioners and their programme
[2014/2811(RSP)]

Mr Juncker, as you present this morning your new Commission, you tell us that they’re all in the Last-Chance Saloon. Well, I’ll tell you what, I’ll come and see you there. But you’re going to have to introduce me to them, because this is pretty much a bunch of non-entities, unknown. I spoke to MEPs this morning who will be voting later, and most of them couldn’t even name half of them.

And the one from Britain is so obscure, his name, Lord Hill should be Lord Who, because the British public couldn’t pick the bloke out of a line-up and he’s never been elected to anything in his life, which means he’s perfect for the job – because I don’t think that the European public or commentators understand what the European Commission really is.

The Commission is the Executive, it is the Government of Europe, and it has the sole rights to propose legislation; it does so in consultation with 3000 secret committees, staffed mainly by big business and big capital, and all the legislation is proposed in secret.

And once something becomes a European law, it is the European Commission themselves who have the sole right to propose repeal or change of that legislation.

The Community Method which you championed this morning, the means by which the European Commission makes law and holds law, is actually the very enemy of the concept of democracy itself. Because it means in any member state there is nothing the electorate can do to change a single piece of European law.

I suspect you’re in for a tough time with this Commission. You are going to have the euro crisis, which has not gone away and is going to get worse.

And you are also going to have the UK debate, when now it hs become unacceptable to the vast majority of British citizens for there to be total free movement of people extended to half a billion people to come to Britain.

Mr Cameron masquerades as being an EU opponent, though I note this morning that the Conservatives are so brave that they are even going to abstain.

I think this will be the last European Commission that governs Britain, because within the end of these five years we will be out of here.

Nigel Farage: Dave is whistling in the wind

Nigel Farage: Dave is whistling in the wind
Published on Jul 2, 2014

• Speaker: Nigel Farage MEP, Leader of the UK Independence Party (UKIP), Co-President of the ‘Europe of Freedom and Democracy‘ (EFD) Group in the European Parliament – http://www.nigelfaragemep.co.uk

European Parliament, Strasbourg, 12 March 2014 (was EU ever meant to be a Political Body?)

• Speaker: Nigel Farage MEP, Leader of the UK Independence Party (UKIP), Co-President of the ‘Europe of Freedom and Democracy‘ (EFD) Group in the European Parliament –http://www.nigelfaragemep.co.uk

Godfrey Bloom: The State is an Institution of Theft (Murray N. Rothbard)

• Debate: Action programme for taxation in the European Union for the period 2014-2020

Godfrey Bloom: The central banks are all at it, counterfeiting money!

MEPs to debate nuclear stress tests: doing only the passing tests = no failure= Way to go! 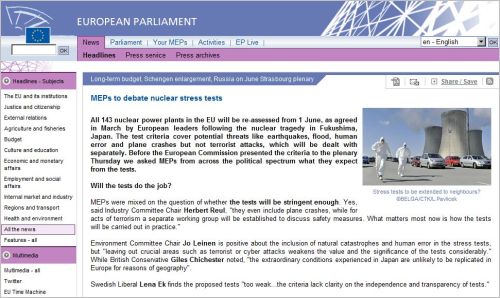 According to the article there is another Nostradamus, somewhere in Europe: He knows for certain that due to Europe’s geography a nuclear accident such as the one in Japan is not possible. If you’re interested to find out his name read the article. Anyway, some thinks that just the illusion of tests, partial test and virtual tests are enough to protect the population of the continent.