this pressed for your right to know: Texas Nurse ‘Can No Longer Defend’ Hospital After Ebola Handling | TIME 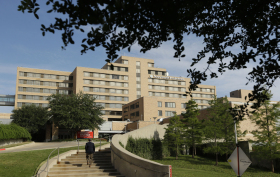 Posted in ebola, Educational, Health and Environment, IN THE SPOTLIGHT, infections disease, MEMORIES, MY TAKE ON THINGS, ONE OF MY FAVORITE THINGS, PEOPLE AND PLACES HISTORY, GEOGRAPHY, Uncategorized

The Texas hospital where two nurses were infected with the Ebola virus said Thursday that it followed federal guidelines to protect against the spread of the deadly pathogen, as Dallas County officials called an emergency meeting to consider asking Gov. Rick Perry to declare a local emergency.

Controversy continued to swirl over why Vinson flew on commercial flights to Cleveland and back to Dallas while she was among dozens of healthcare workers who had been asked to monitor and report potential Ebola infection signs and symptoms.