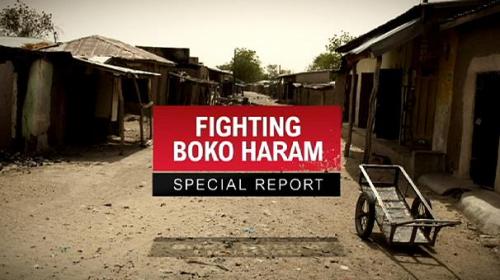 Luis Carballo will be online to discuss his experiences in Chad on Thursday at 15:00 CET. He’ll answer your questions in English, Spanish or French so please post them in the live blog at the foot of this page, email them to askluis@scribblelive.com or Tweet them using the hashtag #askeuronewsluis. You can follow Luis on Twitter @granangular.

For more than a decade, the Islamist group Boko Haram had a limited strategy: to create an Islamic caliphate in northern Nigeria. But now it has spread its terror campaign to neighbouring countries as well.

Chad, Niger and Cameroon have responded with a military alliance which, since January, has been helping the Abuja government.

“What these children have seen, you wouldn’t wish it on your worst enemy.”

In March, Boko Haram signed a deal with ISIL, or the self proclaimed Islamic State. This turned the conflict into an international one, switching on red lights across the region and accelerating a joint offensive.