Careful control of the type of oil used allows bromination of it to produce BVO with a specific density (1.33 g/mL). As a result, it can be mixed with less-dense flavoring agents such as citrus flavor oil to produce a resulting oil whose density matches that of water or other products. The droplets containing BVO remain suspended in the water rather than separating and floating at the surface.[2]

In the United States, BVO was designated in 1958 as generally recognized as safe (GRAS),[2] but this was withdrawn by the U.S. Food and Drug Administration in 1970.[3] The U.S. Code of Federal Regulations currently imposes restrictions on the use of BVO as a food additive in the United States, limiting the concentration to 15 ppm,[4] limiting the amount of free fatty acids to 2.5 percent, and limiting the iodine value to 16.[5] BVO is used in Mountain Dew, manufactured by PepsiCo;[6] Powerade, Fanta Orange and Fresca made by Coca-Cola; and Squirt, Sun Drop and Sunkist Peach Soda, made by the Dr Pepper Snapple Group.[7]

BVO is one of four substances that the U.S. Food and Drug Administration has defined as interim food additives;[8] the other three are acrylonitrile copolymers, mannitol, and saccharin.[9]

BVO is currently permitted as a food additive in Canada.[10]

In the European Union, BVO is banned from use as a food additive.[11] In the EU, beverage companies commonly use glycerol ester of wood rosin or locust bean gum as an alternative to BVO.

Standards for soft drinks in India have prohibited the use of BVO since 1990.[12][unreliable source?][13]

The United States Food and Drug Administration considers BVO to be safe for use as a food additive.[5] However, there are case reports of adverse effects associated with excessive consumption of BVO-containing products. One case reported that a man who consumed two to four liters of a soda containing BVO on a daily basis experienced memory loss, tremors, fatigue, loss of muscle coordination, headache, and ptosis of the right eyelid, as well as elevated serum chloride.[14] In the two months it took to correctly diagnose the problem, the patient also lost the ability to walk. Eventually, bromism was diagnosed and hemodialysis was prescribed which resulted in a reversal of the disorder. However, there was no evidence that the symptoms were caused by that particular ingredient. [15]

An online petition at Change.org asking PepsiCo to stop adding BVO to Gatorade and other products collected over 200,000 signatures by January 2013.[7] The petition pointed out that since Gatorade is sold in countries where BVO is not approved, there is already an existing formulation without this ingredient. PepsiCo announced in January 2013 that it would no longer use BVO in Gatorade,[6][16] and announced May 5, 2014 that it would discontinue use in all of its drinks, including Mountain Dew.[17]

As of May 5, 2014 Coca-Cola is dropping this controversial ingredient from its Powerade sports drink, after a similar move by PepsiCo’s Gatorade last year.[18]

Why Brominated Vegetable Oil is banned in soft drinks

Why Brominated Vegetable Oil is banned in soft drinks. 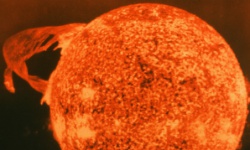 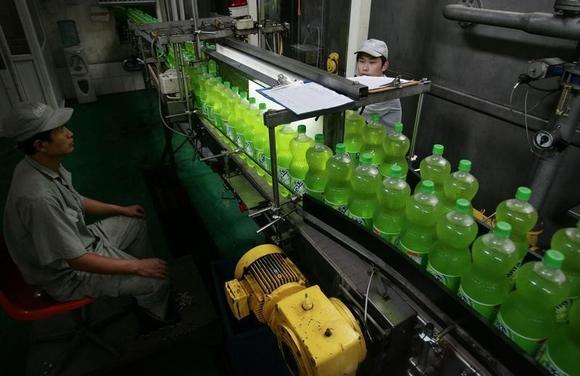 Coke to remove controversial chemical from Fanta, other drinks | Reuters.

Following the events of the 2014 Ukrainian Revolution, a secession crisis began on Ukraine‘s Crimean Peninsula. In late February 2014, unmarked armed forces began to take over the Crimean Peninsula in Ukraine. Experts identified the gunmen to be Russian Special Forces[43] and other paramilitaries. Russia at the time insisted that the forces did not include Russian troops stationed in the area,[44] but only local self-defense forces.[45][46] The local population and the media referred to them as “martians” or “little green men“.[47][48] On 17 April, Russian president Vladimir Putin admitted that Russian troops were in fact active in Crimea during the referendum, claiming this facilitated self-determination for the region.[49][50]

Russia rejected the legitimacy of the interim Ukrainian government in favor of ousted-President Viktor Yanukovych,[a] whose request for intervention has also been cited.[52][53] Russia has accused the United States and the EU of funding and directing the Ukrainian revolution.[54][55][56][57] The Ukrainian military reaction has included a mobilization of Ukraine’s armed forces and reserves. Western media reported that as of 3 March, Russia had stated that its troops would stay until the political situation was “normalised”[58][59] however Russia consistently denied that its troops were involved in the conflict at the time.[60][61][62][63]

Make Music Part of Your Life Series: Frederic Chopin- Nocturne no. 6 op. 15 no. 3 in G Minor

Frederic Chopin– Nocturne no. 6 op. 15 no. 3 in G Minor
Performed by Adam Harasiewicz

The sonata is in three movements. The moderato first movement in sonata form, marked con amabilità, is followed by a fast scherzo. The finale comprises a slow recitative and arioso dolente, a fugue, a return of the arioso lament, and a second fugue that builds to an affirmative conclusion.

In the summer of 1819 Moritz Schlesinger, from the Schlesinger firm of music publishers based in Berlin, met Beethoven and asked to purchase some compositions. After some negotiation by letter, and despite the publisher’s qualms about Beethoven’s retaining the rights for publication in England and Scotland, Schlesinger agreed to purchase 25 songs for 60 ducats and three piano sonatas at 90 ducats (Beethoven had originally asked 120 ducats for the sonatas). In May 1820 Beethoven agreed, the songs (op. 108) already being available, and he undertook to deliver the sonatas within three months. These three sonatas are the ones now known as opp. 109–111.

Beethoven was prevented from completing all three of the promised sonatas on schedule by factors including an attack of jaundice; Op. 109 was completed and delivered in 1820, but correspondence shows that Op. 110 was still not ready by the middle of December 1821, and the completed autograph score bears the date December 25, 1821. Presumably the sonata was delivered shortly thereafter, since Beethoven was paid the 30 ducats for this sonata in January 1822.

Alfred Brendel characterizes the main themes of the sonata as all derived from the hexachord – the first six notes of the diatonic scale – and the intervals of the third and fourth that divide it. He also points out that contrary motion is a feature of much of the work, particularly prominent in the scherzo second movement.

Poème, Op. 25, is a work for violin and orchestra written by Ernest Chausson in 1896. It is a staple of the violinist’s repertoire, has very often been recorded and performed, and is generally considered Chausson’s best-known and most-loved composition.

Poème was written in response to a request from Eugène Ysaÿe for a violin concerto. Chausson felt unequal to the task of a concerto, writing to Ysaÿe: I hardly know where to begin with a concerto, which is a huge undertaking, the devil’s own task. But I can cope with a shorter work. It will be in very free form with several passages in which the violin plays alone.[1]

It was commenced in April 1896 and finished on 29 June,[2][3] and was written while Chausson was holidaying in Florence, Italy.[4]

He wrote three different versions of Poème: with orchestra; with piano accompaniment (later rewritten by other hands); and a recently discovered version for violin, string quartet and piano, a companion to his Concert in D for piano, violin and string quartet, Op. 21 (1892). The solo violin parts of these versions are identical except for one minor detail.[1]

The work is notionally in the key of E-flat, and lasts about 16 minutes. It was dedicated to Ysaÿe, who gave its early performances.

Genesis of the title

Chausson initially called it Le Chant de l’amour triomphant, then changed it to Poème symphonique, and finally to simply Poème. The first two rejected titles are crossed out on the extant manuscripts.[1]

The original title came from the 1881 romantic novella The Song of Love Triumphant (Le Chant de l’amour triomphant; Песнь торжествующей любви) by the Russian writer Ivan Turgenev, who lived on the estate of the famed mezzo-soprano Pauline Viardot and her husband near Paris; all three were acquaintances of Chausson’s. The Viardots’ daughter Marianne was engaged for some time to Gabriel Fauré, but broke it off and instead married Alphonse Duvernoy. Turgenev’s novella seems to mirror this set of relationships, and it may be that Chausson initially attempted to portray it in music.[1] However, it is clear his final intention was to create a work without extra-musical associations.

In the autumn of 1896, Eugène Ysaÿe, Ernest Chausson and their wives were holidaying at Sitges on the Mediterranean coast of Spain.[2] At a party hosted by the Catalan painter Santiago Rusiñol,[5][2] Ysaÿe and Chausson’s wife on piano gave an impromptu sight-read performance of Poème; local townspeople who overheard it demanded it be encored three times.[6] Present at the party were Enrique Granados and possibly Isaac Albéniz.

Poème’s formal premiere was at the Nancy Conservatoire on 27 December 1896,[3][4] conducted by Guy Ropartz, with Ysaÿe as soloist.[2] But it was not really noticed until Ysaÿe gave the Paris premiere, at a Colonne Concert on 4 April 1897.[7] Chausson was overcome by the sustained applause, something he had not experienced in his career to that point.

Ysaÿe also gave the first London performance of Poème, a week after Chausson’s untimely death in 1899.[8]

Posted in Educational, IN THE SPOTLIGHT, MY TAKE ON THINGS, PEOPLE AND PLACES HISTORY, GEOGRAPHY, Uncategorized, YouTube/SoundCloud: Music, Special Interest

The annual Eta Aquarid meteor shower will rain bits of Halley’s Comet on Earth overnight on May 5 and 6, and you can watch the ‘shooting stars’ display live online. Webcasts are available from NASA and the Slooh community telescope. Full Story: Meteor Shower Made By Halley’s Comet Is Peaking Now: Watch Live Online

On the night of May 5th, Slooh will broadcast the live coverage of the Eta Aquarid Meteor Shower. Coverage will begin on Monday, May 5th. Viewers can watch free on Slooh.com. The live image stream from upstate New York will be accompanied by expert audio from Slooh Astronomer Bob Berman.

The year 2014 is packed with amazing night sky events

The year 2014 is packed with amazing night sky events. See the year’s most exciting celestial events to mark on your calendar in this Space.com infographic.

Employers of Mexican immigrants in the U.S. can have a tough time following the rules. They need to track each employee’s immigration forms, workers’ compensation, labor disputes, health-care options and more. The complex system is partly why many choose to look the other way when workers apply without legal documentation.

via Using the Cloud to Track Migrant Workers and Pregnant Goats – Bloomberg.