This video is a scan of the cassette #76 of the encyclopedic collection “The Great Composers”, published in 1982 by the “Encyclopedia Salvat” in collaboration with the “Record Label Philips”.

All rights reserved copyright both Salvat and Philips.

Fauré at about the time of his Pelléas et Mélisande music

Pelléas et Mélisande, Op. 80 is a suite derived from incidental music by Gabriel Fauré for Maurice Maeterlinck‘s play of the same name. He was the first of four leading composers to write music inspired by Maeterlinck’s drama. Debussy, Schoenberg and Sibelius followed in the first decade of the 20th century.

Fauré’s music was written for the London production of Maeterlinck’s play in 1898. To meet the tight deadline of the production, Fauré reused some earlier music from incomplete works and enlisted the help of his pupil Charles Koechlin, who orchestrated the music. Fauré later constructed a four-movement suite from the original theatre music, orchestrating the concert version himself.

The score was commissioned in 1898 by Mrs Patrick Campbell for the play’s first production in English, in which she starred with Johnston Forbes-Robertson and John Martin-Harvey.[n 1] Mrs Campbell had invited Debussy to compose the music, but he was busy working on his operatic version of Maeterlinck’s play, and declined the invitation.[2] Debussy in his letter said: “j’aimerai toujours mieux une chose où, en quelque sorte, l’action sera sacrifiée à l’expression longuement poursuivie des sentiments de l’âme. Il me semble que là, la musique peut se faire plus humaine, plus vécue, que l’on peut creuser et raffiner les moyens d’expression” (“I will always prefer a thing in which, in a way, the action is sacrificed for the expression sought after by the soul. It seems to me that in that case, the music is more human, more lived, that we can refine our means of expression”).[3]

Fauré was in London in March and April 1898, and was introduced to Mrs Campbell by the musical benefactor Frank Schuster.[4] Fauré accepted her invitation to compose the music for the production, despite the tight deadline – the play was to open in June of that year. He wrote to his wife, “I will have to grind away hard for Mélisande when I get back. I hardly have a month and a half to write all that music. True, some of it is already in my thick head!”[5] It was Mrs Campbell who commissioned Fauré to write the incidental music to the play. She “felt sure M. Gabriel Fauré was the composer needed.”[6]

As he often did, Fauré reused music written for incomplete or unsuccessful works.[7] A sicilienne from his unfinished 1893 score for Le Bourgeois gentilhomme was the most substantial piece retrieved for Pelléas et Mélisande.[8] Pressed for time, and never greatly interested in orchestrating, Fauré enlisted the help of his pupil Charles Koechlin, who accompanied him to London.[5] The complete incidental music comprised 19 pieces (2 are missing) of varying length and importance.[9]

Fauré conducted the orchestra for the premiere, at the Prince of Wales’s Theatre on 21 June 1898.[10] Mrs Campbell was enchanted by his music, in which, she wrote, “he had grasped with most tender inspiration the poetic purity that pervades and envelops M. Maeterlinck’s lovely play”.[11] She asked him to compose further theatre music for her in the first decade of the 20th century, but to his regret his workload as director of the Paris Conservatoire made it impossible.[12] Over the next 14 years, she revived the play, always using Fauré’s score. In 1904, the music was used for a production of the original French version of the play, starring Sarah Bernhardt.[9] Fauré’s incidental music was used again in Georgette Leblanc‘s production of the play in the cloisters and gardens of Saint-Wandrille abbey in August 1910, conducted by Albert Wolff.[13]

There are two different versions of the original theatre score for Pelléas et Mélisande in existence. The first is Koechlin’s autograph of the orchestral score, dating from May and June 1898, and incorporating several rough sketches by Fauré in short score.[9] The second is the conducting score used by Fauré in London; this is also a manuscript in Koechlin’s handwriting.[9]

Fauré later reused the music for Mélisande’s song in his song cycle La chanson d’Ève, adapting it to fit words by the Symbolist poet Charles van Lerberghe.[14] The Sicilienne became very popular as an independent piece, with arrangements for flute and piano (by Henri Büsser among others), for cello and piano, as well as other instruments. Extracts from Pelléas et Mélisande were used by George Balanchine as the score for the Emeralds section of his 1967 ballet Jewels.

Posted in Educational, IN THE SPOTLIGHT, MY TAKE ON THINGS, ONE OF MY FAVORITE THINGS, PEOPLE AND PLACES HISTORY, GEOGRAPHY, Uncategorized, YouTube/SoundCloud: Music, Special Interest

I’ve witnessed moments like this
Made of lights and shadows,
with aroma of licorice and tarragon
tasting like roasted bell peppers and eggplants

I’ve witnessed moments like this
In sepia, and black and white, faintly smelling of retouching indigo

In the depth of the jungle, the smell of mushrooms is stronger
that any other smell except that of decaying matter

I’ve witnessed moments like this
of serenity: when being takes over the fear of dying,
of falling, through the holes in the old dragnet:
tilapia is a smart fish: it turns on one side,
at the bottom,
just above the mud,
avoiding the net…
other fishes are learning the technique: They are survivors. The Tomb of Nakht, 1500 BC, contains a tilapia hieroglyph just above the head of the central figure.

Posted in BOOKS, Educational, IN THE SPOTLIGHT, MEMORIES, MY TAKE ON THINGS, ONE OF MY FAVORITE THINGS, PEOPLE AND PLACES HISTORY, GEOGRAPHY, Poetry, Poets, Writers, Uncategorized 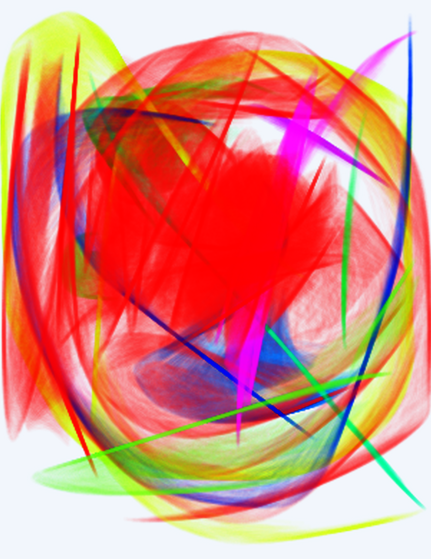 I sketch this painting with Sketch Guru on my Android phone 🙂 http://bit.ly/sketchguru

After that, I turned to Fast Stone Image Editor to resize, adjust colors and crop…

Posted in ARTISTS AND ARTS - Music, Educational, IN THE SPOTLIGHT, PEOPLE AND PLACES HISTORY, GEOGRAPHY, Uncategorized The reading of all good books is indeed like a conversation with the noblest men of past centuries who were the authors of them, nay a carefully studied conversation, in which they reveal to us none but the best of their thoughts.

Bell was a British traveler, author, and one of the builders of the modern state of Iraq. After graduating from Oxford, she journeyed throughout the Middle East and, in World War I, placed her unmatched knowledge of Middle Eastern conditions and her fluent Arabic and Persian at the disposal of the British government. In 1915, she became the first woman appointed to the British intelligence service and later helped determine Iraq’s borders. Bell worked closely with what famous adventurer? More… Discuss

Football War Breaks Out in Honduras (1969)

Football War Breaks Out in Honduras (1969)

The Football War was a four-day war fought between El Salvador and Honduras. Though political tensions between Hondurans and Salvadorans were the main factors contributing to the war’s outbreak, hostility between the two countries was further inflamed by rioting when they met during a qualifying round for the 1970 FIFA World Cup. Though short-lived, the war claimed thousands of lives and displaced several hundred thousand people. When did the two nations finally sign a peace treaty? More… Discuss

Scientists have debunked the popular myth that fish have poor memories, training African cichlid fish to go to one end of a tank for food. Even after 12 days, the fish demonstrated that they remembered their training. And when trained to associate the other end of the tank with food, they were able to override the previous training and form a new memory. More… Discuss

Mehndi is a form of temporary skin decoration popular in the Middle East, North Africa, and South Asia. Henna paste—made from the leaves of a shrub native to these regions—is applied to the skin, typically on the palms of the hands and soles of the feet. The decorated area is then wrapped to lock in body heat and create a more intense color, usually a reddish brown. Traditionally, mehndi adorns the skin of brides, and occasionally grooms, at their weddings. How long does the color last? More… Discuss

idea of valuing women over past 4yrs: Words can’t describe the scene any better, but the’re helpful! 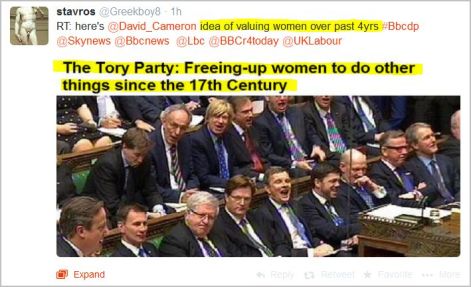 what is the world comming to? Finally cat gets rightful place in the order of things…on dogs’ backs…HIHIHI

MTV News: Eating all the cheese this morning in honor of #BastilleDay.

Thou shalt not lie